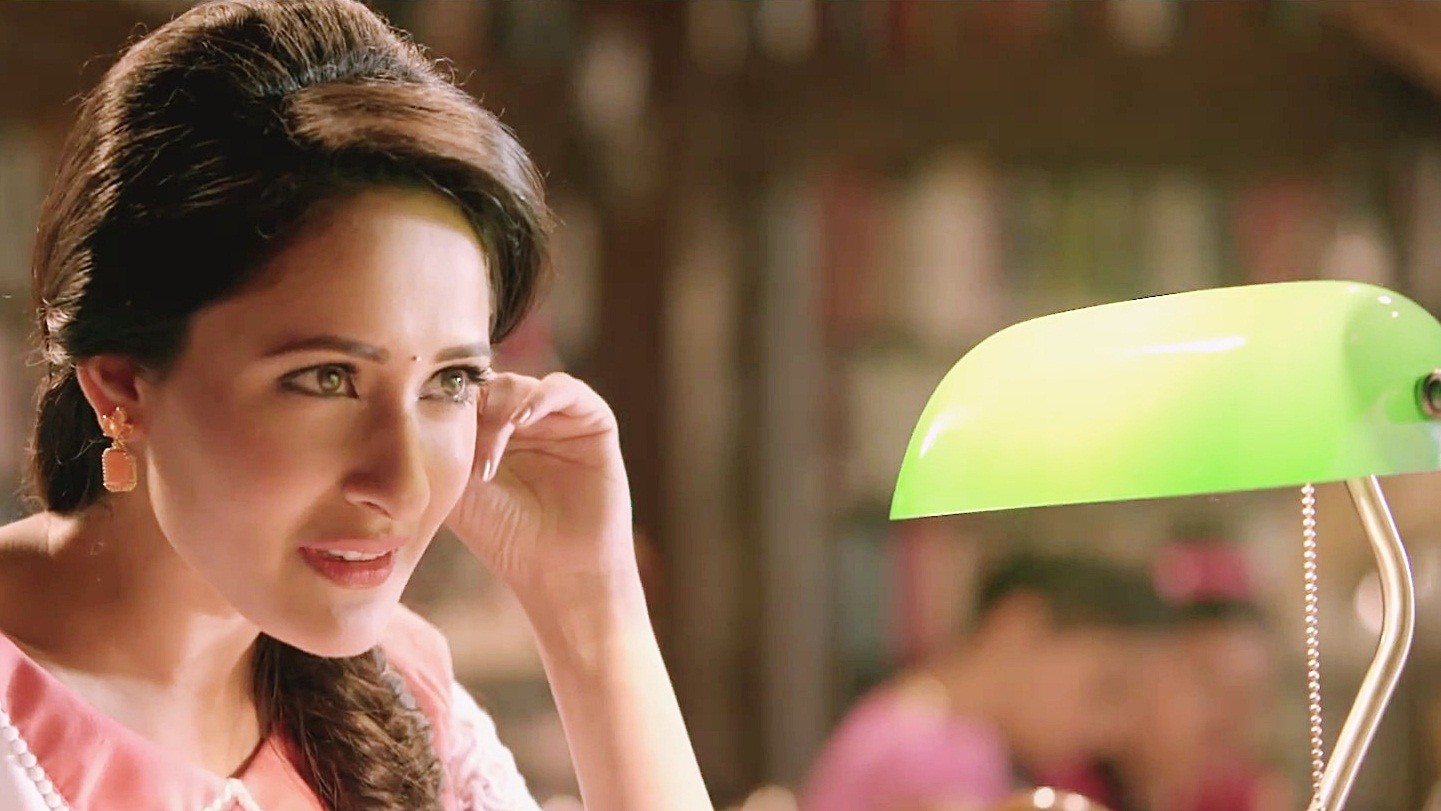 Chennai, Oct 19 (IANS) Actress Pragya Jaiswal, who plays a girl from the royal family in forthcoming Telugu war drama "Kanche", says the experience of working in the film transported her to a different era.

"I play a girl from 1930s. This character transported me to a different time zone. You know, even after the shoot got over, it took me a while to get back to my normal self," Pragya told IANS.

"I got so involved in the project that even when I was at home, I'd wear a bindi, and my mom would ask me if everything was all right with me," she added.

The film, which releases on Thursday, features Varun Tej in the lead role of a soldier.

It would be considered unconventional for an aspiring actress to do a period film so early on in her career, but Pragya didn't have any qualms whatsoever.

"It really didn't matter to me. Varun and I just surrendered to director Krish Jagarlamudi, and it was so much fun. I had auditioned for Akshay Kumar's 'Gabbar is Back', which was directed by Jagarlamudi, but unfortunately, I couldn't make it to the film," she said.

"After completing the film, he asked if I'd like to work in his next film, 'Kanche'. By then, I had researched about his work and even watched one of his films called 'Vedam', and was so touched by it that I ended up crying," she added.

Pragya is glad she got an opportunity to work with Jagarlamudi, who's known for his content-driven films.

"You can be sure that his work will not be run-of-the-mill," she said, adding that the film too has its commercial moments.

"It's just that it's set in a different era. It has romance, action, drama and almost everything else that'll appeal to the masses," she revealed.

Talking about her director, she said: "Krish is a stickler for details. He'd look at me when I come out of the vanity van in my costume and say that I can still look better. This happens despite doing several dress and makeup trials."

"He's a very organic director who likes to get everything right before going for the shoot. He doesn't like his actors to sit and prepare their lines and prefers their performance to be as realistic as possible," she said.

Pragya's co-star Varun comes from actor Chiranjeevi's lineage and she didn't have any clue about it until they met on the sets.

"I knew he belonged to some big family, but realized how big only after we started shooting. Krish never wanted us to meet until the first shot. He wanted the unfamiliarity between us to come alive in the scene, so he didn't let us meet. It actually worked very well," she said.

Recalling one of the incidents on the sets when they were shooting in Tatipaka village in Godavari district, where many locals turned up, she said, "I was supposed to slap Varun in a scene and the fans were shouting 'don't slap' in Telugu. I didn't understand what they were saying for a long time but when finally Varun told me what they were actually saying, I was scared to do the scene".

Another time, they were shooting in a lake in Georgia, where the water was extremely cold.

"We were filming an emotional duet, and I was supposed to splash some water on Varun's face. Every time I touched the water, my hands almost froze and I struggled to move them," she said.

Pragya, on a signing off note, said: "I'm getting offers from Telugu and Hindi industries. But I'm waiting for the release of 'Kanche', and then will decide the course of my future".