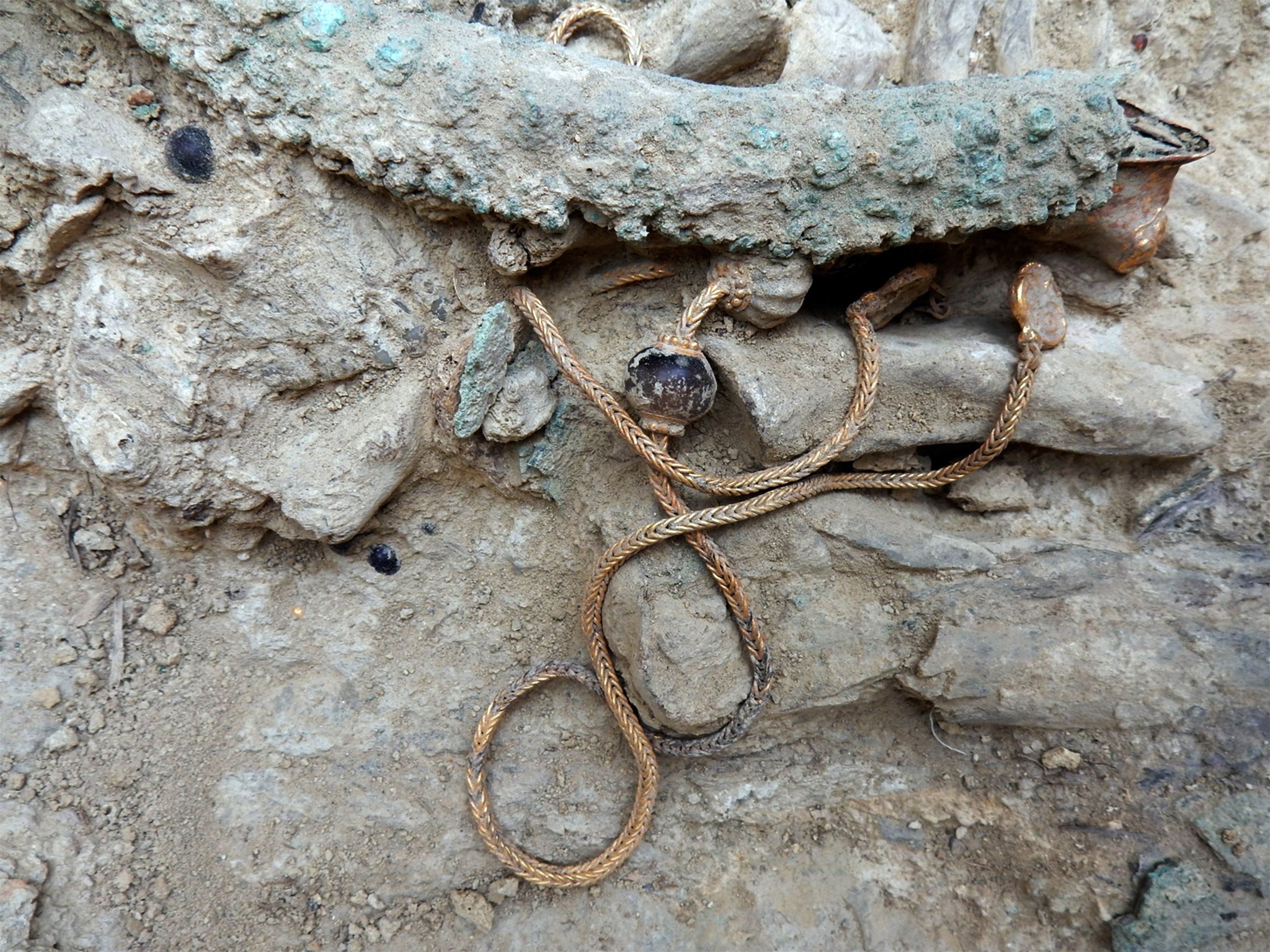 Athens, Oct 28 (IANS) Archaeologists unearthed a 3,500-year-old unlooted grave of a warrior in Peloponnese peninsula in "the most impressive discovery of prehistoric funerary wealth in Greece in the past 65 years," according to the Greek Culture Ministry.

The excavation led by a team of archaeologists from the University of Cincinnati in recent months, unearthed about 1,400 artifacts, including gold and silver jewellery, cups, bronze vases, engraved gemstones and an ornate ivory and gilt-hilted sword next to the skeleton of the ancient warrior, according to the ministry statement.

Many of these objects found in Pylos, like others in Mycenae in the Peloponnese peninsula, showed that they were influenced by the Minoan art and style which originated from Crete island, Xinhua quoted the experts as saying on Tuesday.

Scientists believe that the grave and the treasure could shed light to the rise of the Mycenaean civilization and the fall of the Minoans that flourished in Greece 3,000 years ago. In addition, it could reveal how Minoan culture passed to the Mycenaean's.

The archaeologists, Jack L. Davis and Sharon R. Stocker discovered the tomb of the unknown soldier which stands at 2.4 meters long and 1.5 meters wide, on the site of the Mycenaean-era Palace of Nestor at Pylos, in May, but the official announcement was made this week.

According to early findings, the warrior was buried at around 1,500 BC and died when he was between 30 and 35-year-old.