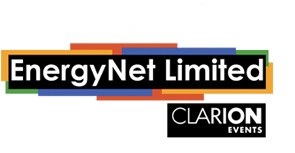 Organised by EnergyNet and held officially under the Patronage of Hon. January Makamba, Minister of Energy for the United Republic of Tanzania, the summit welcomes high level representatives from the European Union, USA, Germany, Japan, the UK and Norway signalling to the world that Tanzania is again open for business.

“We are excited to be part of the 4th Tanzania Energy Cooperation Summit, taking place from 1 – 3 February 2023 in Dar Es Salaam, Tanzania. Tanzania as a country has ambitious energy development plans with a focus on renewables, and accelerated projects in gas and LNG and we are pleased to be part of this journey. Join us as we unpack the role of gas in the country’s energy mix and in driving energy security.” commented Max Schiff, Head of Sales, Southern & Eastern Africa, Aggreko

“The response to the summit has been extremely positive with players from around the world seeking more information on Tanzania’s sustainable energy strategy and EnergyNet is delighted to bring case studies from around the world, as well as from the continent. Noticeably from Trinidad & Tobago who will discuss ‘building a gas economy’, and Karen Breytenbach who now heads up procurement for Namibia’s vast hydrogen development programme and will contribute on sessions covering procurement strategies alongside SECI, India’s Solar Energy Corporation.” Shiddika Mohamed, EnergyNet

“Tanzania’s electricity sector hasn’t seen as much private sector participation compared to other markets in the region – particularly, in respect of renewable energy IPPs. #TECS23 will hopefully make a positive contribution towards changing this by allowing delegates to better appreciate key sector trends and government initiatives. For ATI, #TECS23 should illustrate the role we could play in enabling financing via our de-risking instruments that address political and short-term liquidity risks.” observes Obbie Banda, Underwriter, Acting RLSF Coordinator at African Trade Insurance Agency (ATI).

Look at the kind of authority you wield in terms of dominance: SC to Google