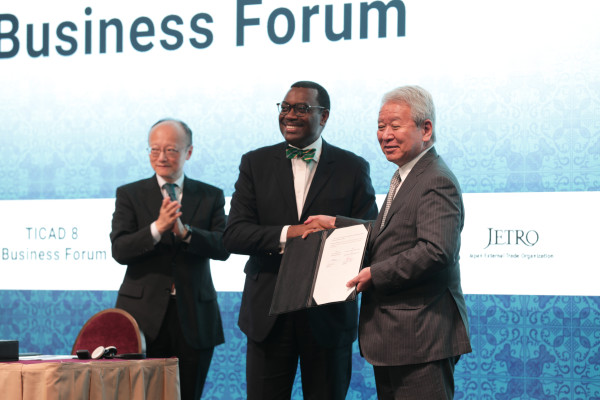 The government of Japan and the African Development Bank (www.AfDB.org) have announced a $5 billion financial cooperation under the fifth phase of the Enhanced Private Sector Assistance for Africa initiative (EPSA) from 2023 to 2025.

The announcement was made at the Eighth Tokyo International Conference on African Development (TICAD8) held Sunday 28 August 2022 in the Tunisian capital, Tunis.

The funds consist of $4 billion under the existing window, and an additional up to $1 billion that will be provided under a new Special Window. Japan will establish this Special Window to support countries that are making progress in the enhancement of debt transparency and sustainability, and other reforms, thereby making steady and significant improvement in their debt situations.

At the EPSA 5 launch ceremony, Japan’s Vice-Minister of Finance for International Affairs, Mr. Masato Kanda, said his country is committed to supporting African countries while respecting their own initiatives.

The President of Japan International Cooperation Agency (JICA) Dr. Akihiko TANAKA said, “Under the severe situation caused by multiple crises, enhancing resilience and promoting human security are critical components of Japan’s support for Africa. EPSA is an essential element of our partnership with the African Development Bank to tackle social and economic challenges facing the continent. JICA commits to work with EPSA to create a bright and prosperous future.”

The African Development Bank Group President Dr. Akinwumi Adesina said, “EPSA 5 is the kind of cooperation Africa and the world needs. Escalating climate change impacts, the Covid-19 pandemic, and the war in Ukraine means that we must do even more than we already have done, to mobilize the private sector and create job opportunities in Africa. The newly signed initiative will positively impact millions of lives across Africa.”

Guwahati: An artist busy giving finishing touches to an idol of Lord Ganesha ahead of Ganesh Chaturthi #Gallery

Rupee falls to record low against US dollar

Another Varanasi plaintiff gets threat call