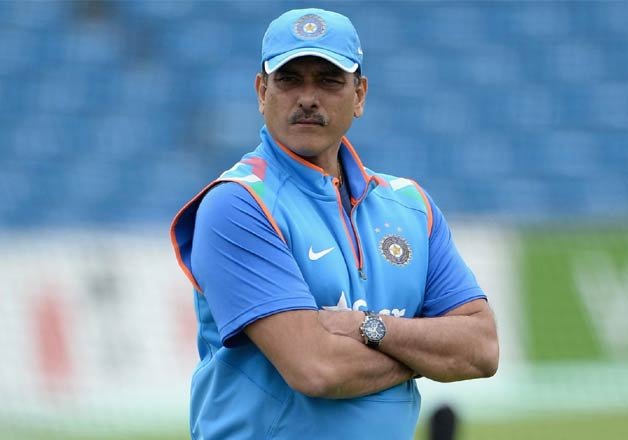 Mumbai, Oct 30 (IANS) Wankhede Stadium curator Sudhir Naik has written to the Board of Control for Cricket in India (BCCI), calling for action against Indian team director Ravi Shastri and coaching staff member Bharat Arun for abusive behaviour after the fifth one-dayer against South Africa.

Shastri had sparked a controversy by engaging in a heated argument with Naik after South Africa posted a huge 214-run victory here on October 25. The Proteas had ripped the Indian bowling apart to put together a mammoth total of 438/4 which prompted Shastri to slam the pitch conditions.

According to Naik, the Indian team management had wanted a rank turner and wanted a specific part of the pitch to be watered. But the instructions were conveyed to the curators only a couple of days before the match.

"Whenever an international match is there, we get a message from BCCI(Team Management) at least 10-12 days in advance about their requirements. This time, we did not get any message. So we prepared a good batting track. Two days before the match, we got the message that they want a turning wicket. The Wicket was already prepared hard with good binding. Whatever possible to do now was done, like no watering, cutting of grass at zero level and very little rolling," Naik wrote in the letter a copy of which has been obtained by Hindustan Times.

"Team management wanted us to water only good length area one day before the match. We as curators felt it is not advisable as two different shades will be seen. Also BCCI curator Mr Dhiraj Parsana advised us not to put water."

Naik also alleged that Bharat Arun had misbehaved with his assistant Ramesh Mhamunkar. The 70-year-old asserted that such incidents have the potential to sour relations between the BCCI and the state associations.

"After the first innings Mr Ravi Shastri said to me 'Well done Sudhir, very good wicket' to which I said thanks. Then he abused me and went in the dressing room. We also have a complaint against Mr Bharat Arun Kumar also. He was after my assistant Mr. Ramesh Mhamunkar and coaxing him to put water on the pitch. On the day, he started firing him saying” you don’t listen to me, I have been calling you since yesterday night.Why aren’t you receiving my call?," the former right-handed batsman wrote.

"I would like to ask management, who is Mr Bharat Arun Kumar and what right does he have to fire my assistant? His job is to coach bowlers, immediately after Mr Ravi Shastri abused me, I went and informed the incident to Mr Dilip Vengsakar (Mumbai Cricket Association vice-president) and Prof RS Shetty (game development manager, BCCI). Such trends will spoil the harmony between Associations and BCCI. I request you both to reprimand both Mr Ravi Shastri and Mr Bharat Arun," he concluded.