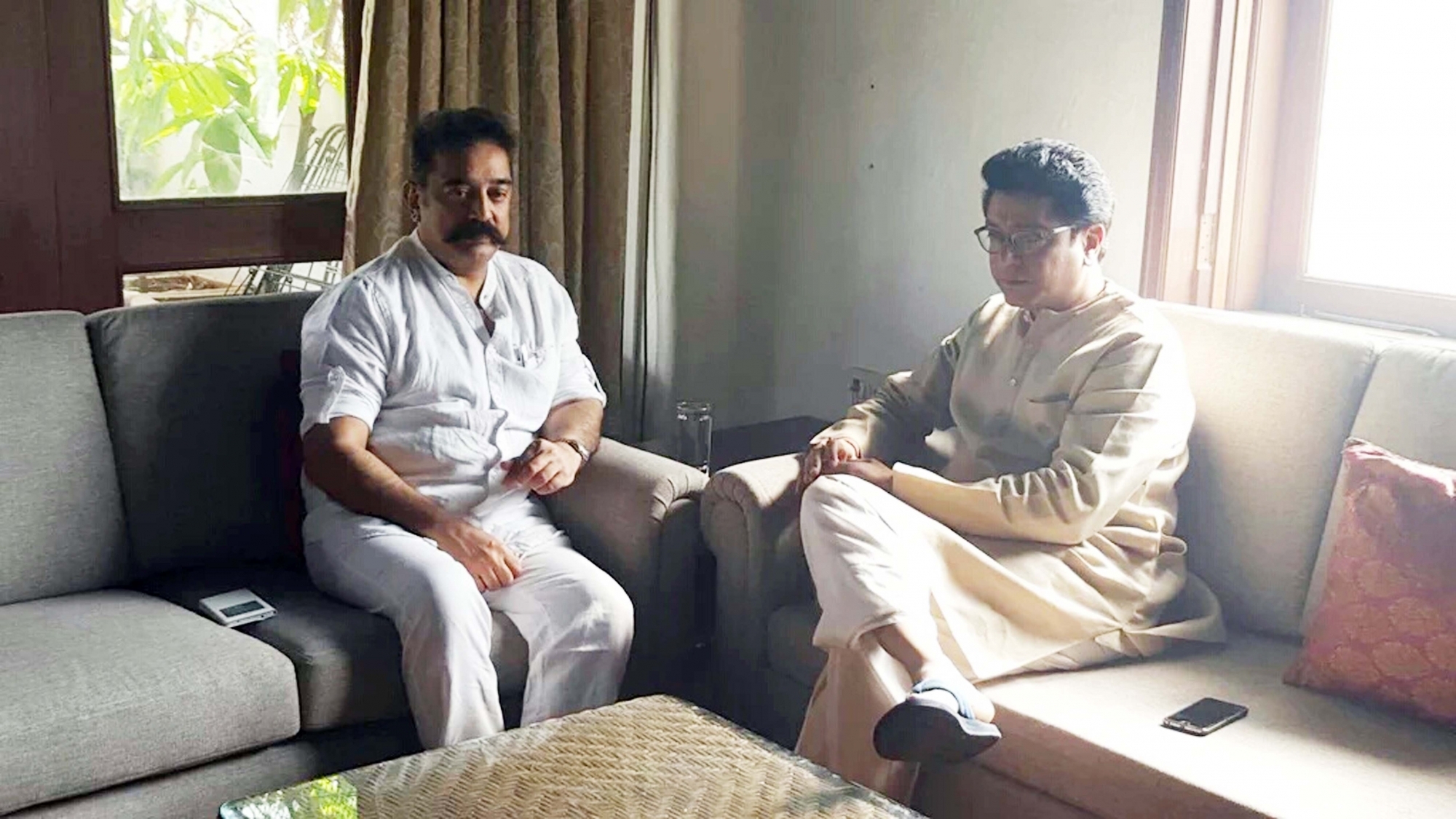 They were accorded a traditional Maharashtrian reception with shawls and flowers -- Thackeray draped a golden shawl around the 61-year-old actor's shoulders.

Sharmila greeted Haasan with a 'Namaste' while Urvashi touched his feet respectfully as he blessed her.

The reason behind the meeting is not known though MNS officials decribed it as "a courtesy call" and dismissed speculation the actor was planning to join the party.