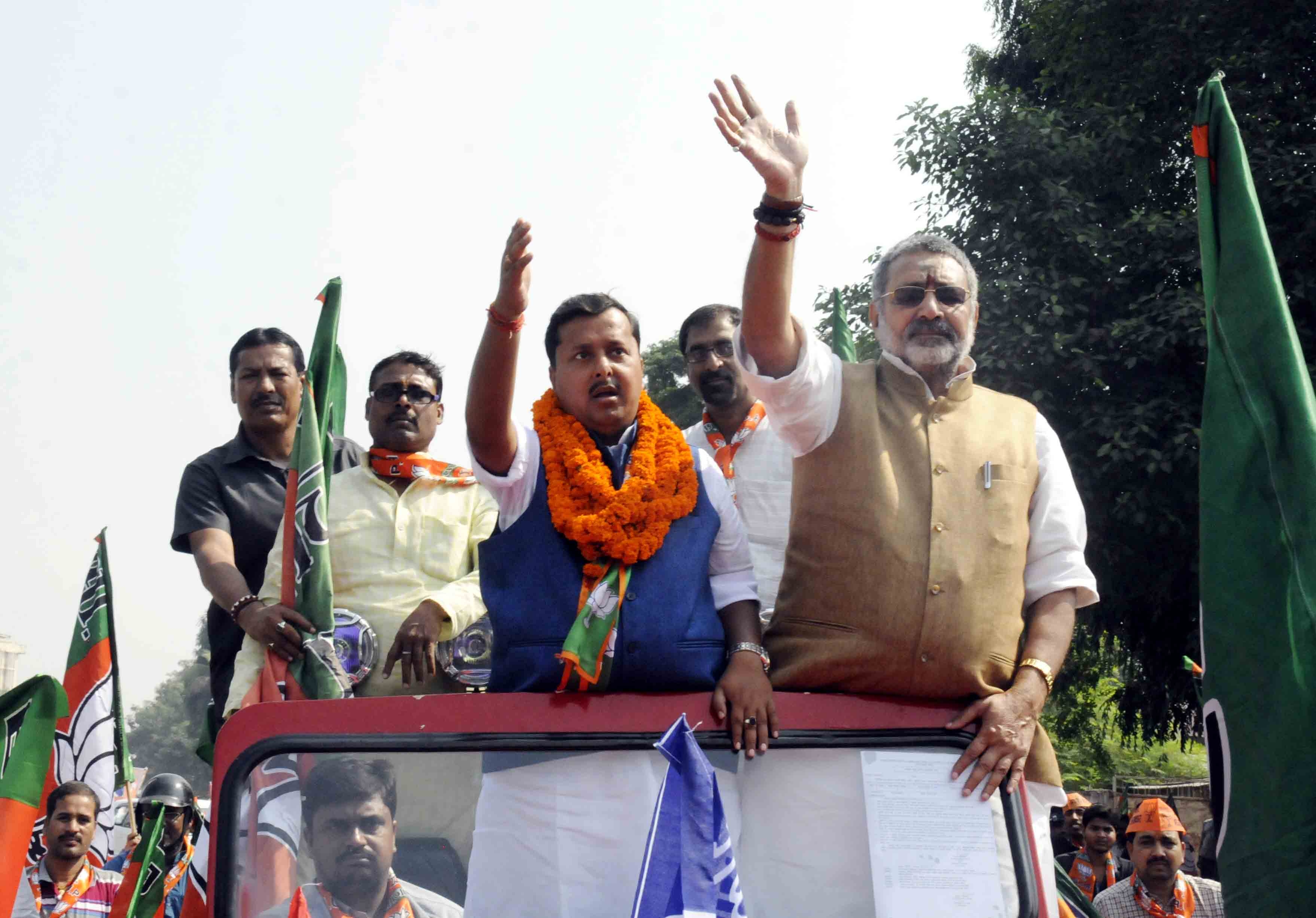 The NDA as well as the Grand Alliance, might be claiming their victories in the crucial political fight in Bihar, but, punters believe that it is the BJPled NDA that might form the government in Bihar.

Going by their calculations on the prevailing mood and ground situation, punters seem to be sure that the BJP projecting PM Narendra Modi as the main face in the state will work and the party will succeed in hijacking the development agenda of CM Nitish Kumar. They are also of the view that a larger proportion of voters, particularly youth, may not go for the Grand Alliance due to its association with Lalu Prasad.

The Illegal betting market is at its peak as the state is going for the third phase of polling on Wednesday. The punters have opened the rates and odds are in the favour of the saffron party. They believe that the NDA will easily cross the target of 122 seats, required to form the government.

Latest figures from the satta market said that NDA will get between 150-152 seats of the total 243. It predicted that BJP, on its own, will not be able to reach the target of 122 seats as it has been given just 110-112 seats. The satta market has given Nitish Kumar-led JD(U) 44-46 seats while RJD will be able to bag between 27-29 seats. Congress will get between 8-10 seats.

Mail Today correspondent visited Daldali road, a wholesale market in Central Patna, to talk to some punters. "Our prediction is based upon the analysis of ground reports. Bookies believe that Nitish joining hands with Lalu might backfire and they will not be able to reach the target of 122 seats to form the government in Bihar," one of the punters said.

Punters in Patna revealed that their partners are scattered in cities like Delhi, Jaipur, Patna, Ahmedabad, Surat, Mumbai and other cities, but they operate under four-five big players. A Patna-based businessman said that he and his friends are putting lot of money in satta through the punters.

The businessman said that these big players have their networks in big cities like Mumbai, Delhi and Surat. "People know each other in this business. Small time players always operate under their bosses and these bosses know each other. Even if they shift their base, they are always in touch with each other through internet or mobile phones. To avoid police, we keep changing our contact numbers very often," he added.

Punters are offering 80 paise for the 150-152 seats for the NDA. Similarly, they are offering Rs 1.20 for the Grand Alliance forming the government. It means that if one puts Rs 1 lakh on NDA getting between the given numbers, he would get Rs 80,000.

It's not that punters get their prediction right every time. A punter who runs a grains business in Patna said that many a times predictions fail. Last time in Delhi Assembly election, Aam Aadmi Party started with 20 seats and went up to 34 seats in the satta market. However, Aam Aadmi Party ended up getting 67 seats way ahead of any prediction.