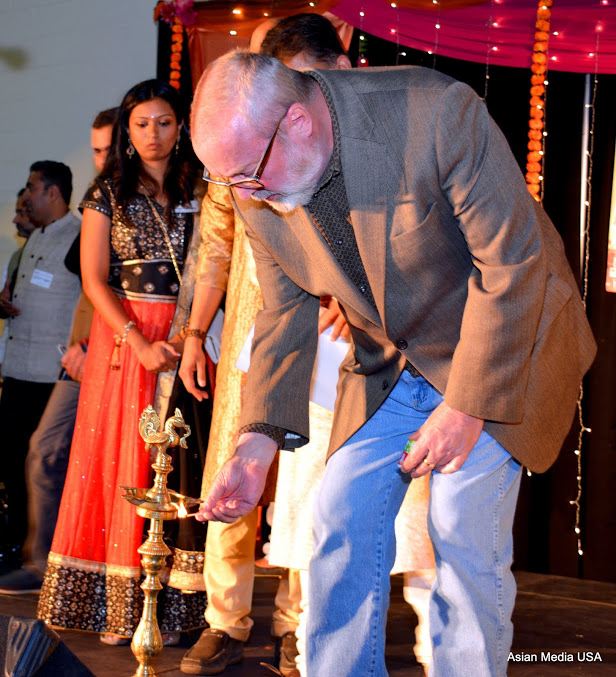 Aurora (Illinois), Oct 28 (IANS) A local school auditorium was converted for a few hours into a mini India for the Diwali celebration hosted by the City of Aurora, the second largest in Illinois, after state capital Chicago, of which it is a suburb.

Over 4,000 people, mostly Indian Americans in traditional attire attended the event, organized by the Indian American Community Outreach Board of the city. The guests were treated to an eclectic collection of dances ranging from vignettes from the Ramayana to semi-classical and Bollywood dances expertly performed by amateurs, many of them second-generation Indian Americans.

The fast-paced cultural extravaganza entertained the crowd while serving as an introduction to India's mythological and cultural heritage for US-born Indians and non-Indians. Cuisines from various Indian states and traditional Indian apparel and jewelry provided a feast for the eyes and palate. 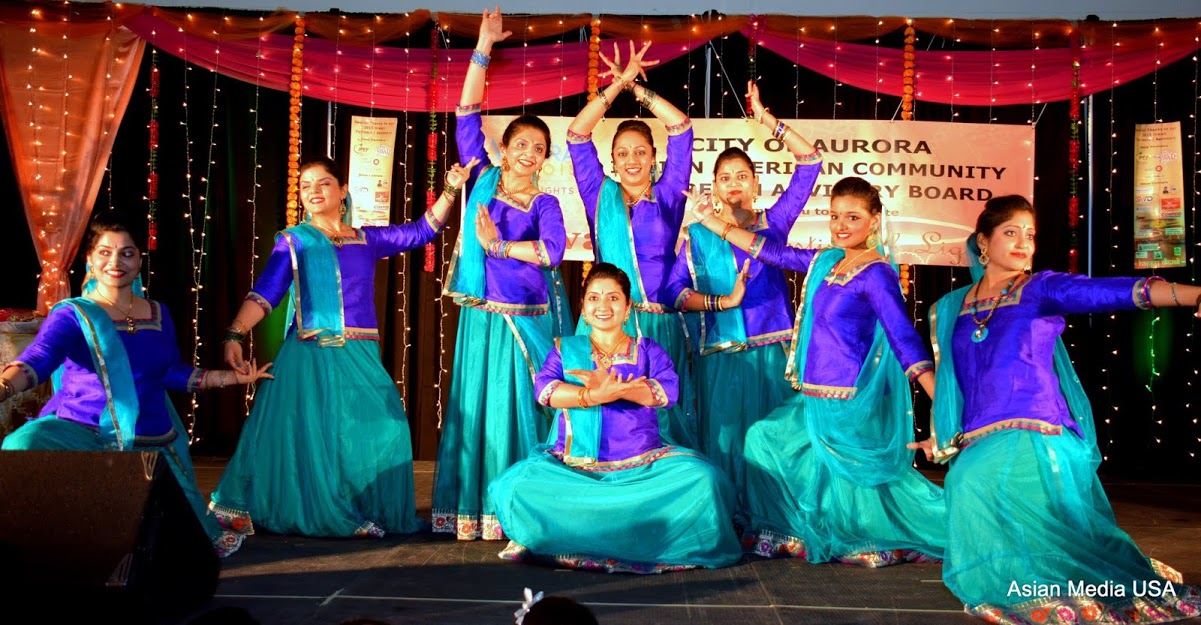 Weisner, whose unstinted support led to the city hosting the first Diwali event last year, appeared visibly pleased at the success of the event, as well as the contribution of the Indian-American community to the cultural fabric of the city. "Indian Americans have enriched the city with their unique contribution to music, dance and cuisine", he said.

Other elected officials endorsed him. US Congressman Bill Foster said that Diwali reminded Americans of how multiple cultures have contributed to the American heritage. Among those attending were two members of the state legislature, Indian consul general Ausaf Sayeed, and several aldermen.

Krishna Bansal, the chairman of the board, noted that it was fitting that Diwali, the festival of lights should be celebrated by Aurora, the city of lights. (Aurora, named for the goddess of dawn was the first city in the United States to get public electric lights.) "Diwali, which symbolizes the victory of light over darkness, or the triumph of virtue over evil, has assumed greater relevance in the world torn by division and strife", he said.

The Diwali event was held a few days before the actual Diwali on November 11, taking into account the Chicago's area unpredictable cold in November, which could have prevented the outdoor fireworks display, the concluding part of the celebration. 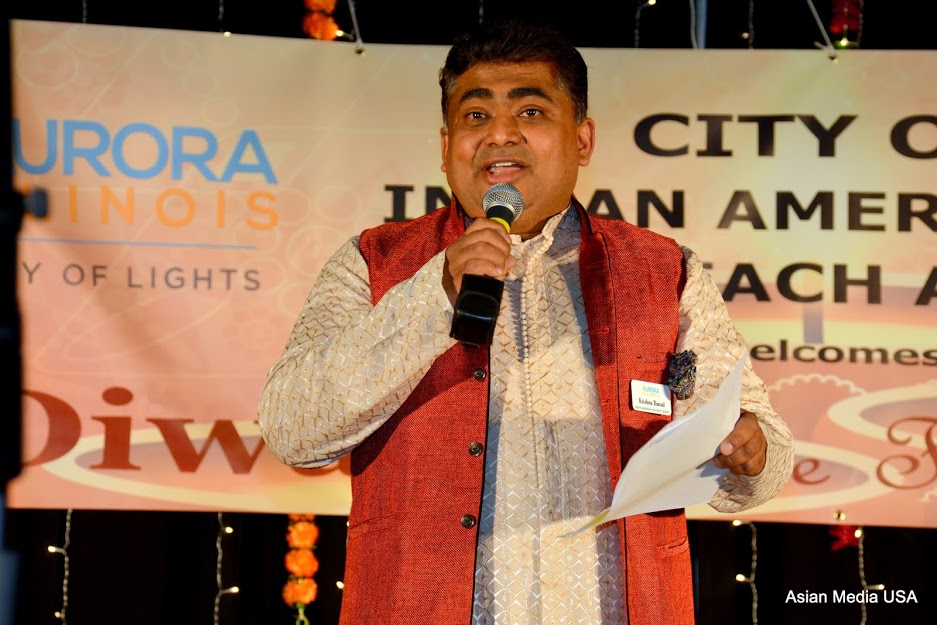 The event was seen as much as a celebration of India's culture as an acknowledgment of how well the Indian community has assimilated into the suburb. Although Indian-American immigration to Aurora and the neighboring suburbs is relatively recent, Indian Americans have quickly made a mark by contributing significantly to the fields of business, academics, medicine and technology.

Members of the Aurora Indian American Board and scores of volunteers toiled for months to make the event a success. Many of the volunteers were professionals in the fields of information technology and finance. Not surprisingly, technology played a critical role in the organizing efforts. Marketing strategies involved power point presentations, meticulous floor plans and extensive meetings with city officials and fire marshals. The traditional Indian 'diyas' ,a fire hazard, were ruled out.

Members of the audience had a different take out from the event. For those not of Indian descent and US-born Indians the exotic nature of the dances overshadowed everything else. While the older generation appreciated the 'abhinaya' of the 'Rama Ravana' performance, a six-year-old Indian American announced that he was fascinated by the 10-headed Ravana because he "looks really cool".

: Nagpur: Students jubilate after the announcement of the CBSE Class 10th results #Gallery