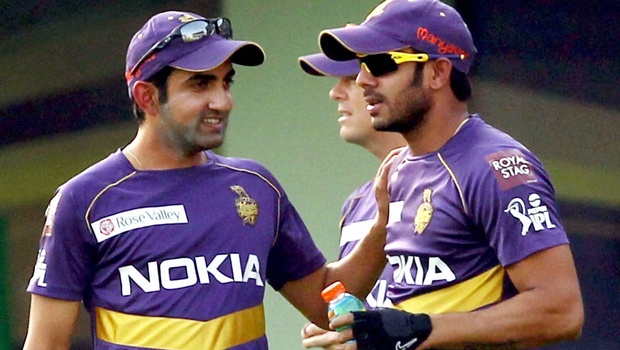 New Delhi, Oct 24 (PTI) India discards Gautam Gambhir and Manoj Tiwary were today involved in an ugly on-field altercation and nearly came to blows during the Ranji Trophy match between Delhi and Bengal at the Feroz Shah Kotla stadium here.

Delhi captain Gambhir, who had been involved in ugly on- field confrontations even in the past, had an angry exchange of words with his Bengal counterpart before the umpire had to step in to defuse the situaion.

Umpire K Srinath had to come between the two players as Gambhir moved towards Tiwary to hit him. The Bengal skipper too came charging at Gambhir, the former Indian captain and opener who has played 56 Tests and 147 ODIs for the country.

A livid Gambhir did not pay heed to Srinath's attempts at pacifying him and tried to get him out of the way.

Touching an umpire is a grave offence in cricket, which could invite a ban.

The two players were summoned for a hearing after the day's play by Match Referee Valmick Buch but the quantum of punishment, if any, will only be known tomorrow after the match ends.

The incident happened in the eighth over when Partha Sarathi Bhattacharjee got out of Manan Sharma's bowling and Tiwary came in to bat at No. 4 wearing a cap.

Tiwary first took guard and was about to take strike. But he stopped the bowler and signalled at the dressing room to bring his helmet as a pacer was operating from the other end.

Delhi players felt that it was a deliberate time wasting tactic.

Manan ticked off Manoj and he told him to lay off. All of a sudden, Gambhir, at first slip, got into the action and started abusing the Bengal skipper, who then retaliated.

"I have huge respect for Gautam gambhir for whatever he has done for the country but today he crossed the limit with his comments. He made personal comments. I was really shocked as I did not start it at all. He is much senior to me and I respect him," Tiwary said in his defence.

"I had kept my helmet beside the boundary rope as it has become wet and I wanted to dry it. That was about it and everyone saw I was not the first one to react. He tried to hit but could not. He pushed the umpire who came in between. It's their in the video, you all have seen it.