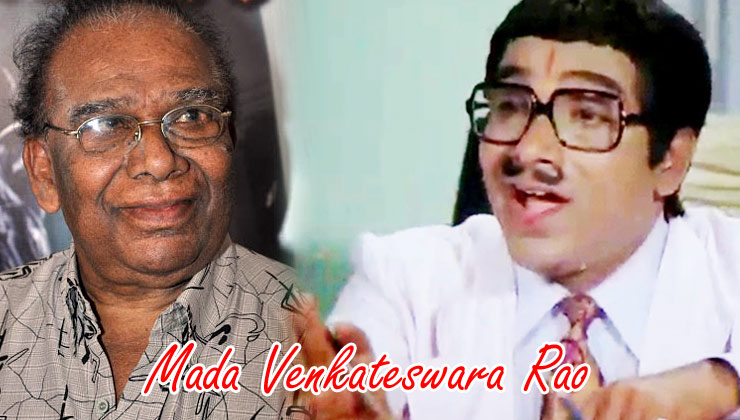 Senior actor Mada Venkateshwara Rao breathed his last today (Oct 24) after battling with lung problem for days. He was recently admitted in Apollo Hospitals in Hyderabad and later was discharged when he seemed he was on the way to recovery.

Dasari Narayana Rao's "Chillara Kottu Chittamma", which got Venkateswara Rao a much-needed break in the industry. The comedian played the role of Puvvula Kommaiah and the performance won him lots of laurels. There was no looking back for the talented actor since.