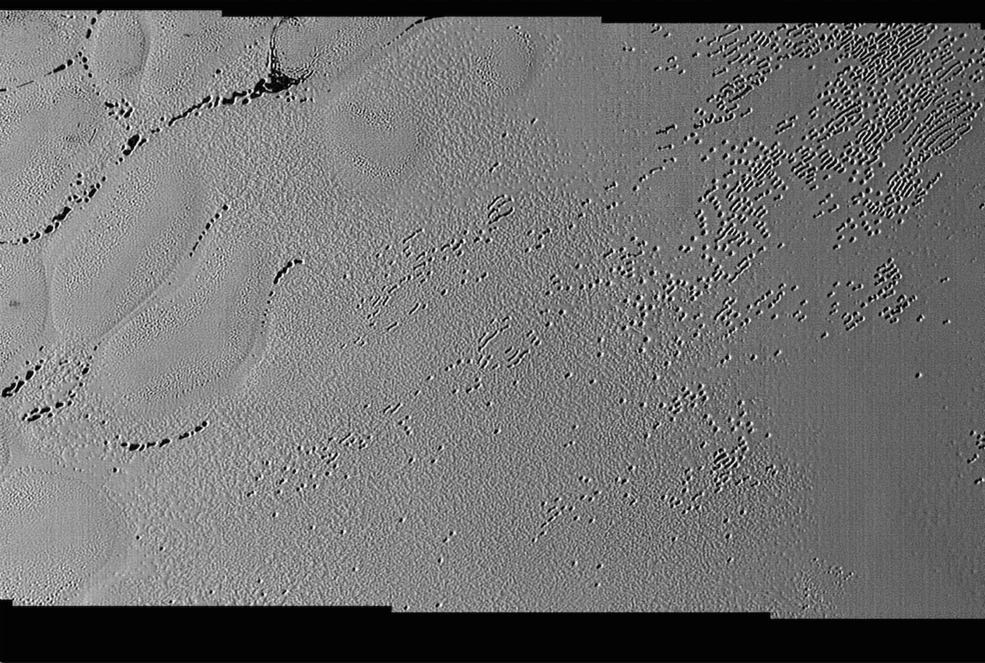 Washington, Oct 19 (IANS) It seems that the more we see of Pluto, the more fascinating it gets.

A new image taken by New Horizons spacecraft shortly before closest approach to Pluto on July 14 this year resolves details as small as 250 metres.

The image shows the plain's enigmatic cellular pattern as well as unusual clusters of small pits and troughs.

Scientists believe that this area, informally known as Sputnik Planum, is composed of volatile ices such as solid nitrogen.

They theorise that the pits and troughs - typically hundreds of metres across and tens of metres deep - are possibly formed by sublimation or evaporation of these ices.

However, the reasons for the striking shapes and alignments of these features are a mystery.

Adding to the intrigue is that even at this resolution, no impact craters are seen, testifying to the extreme geologic youth of Sputnik Planum.

The image was taken by the Long Range Reconnaissance Imager (LORRI) on New Horizons.

"The pits and the way they're aligned provide clues about the ice flow and the exchange of volatiles between the surface and atmosphere. The science team is working hard to understand what physical processes are at play here”, he added.