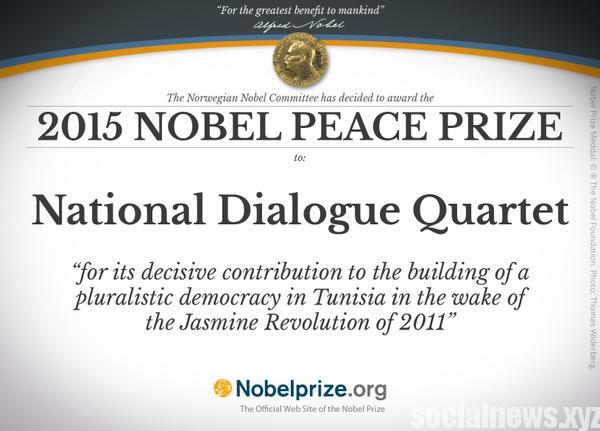 According to an official statement, the quartet was formed in the summer of 2013 when the democratisation process was in danger of collapsing as a result of political assassinations and widespread social unrest.