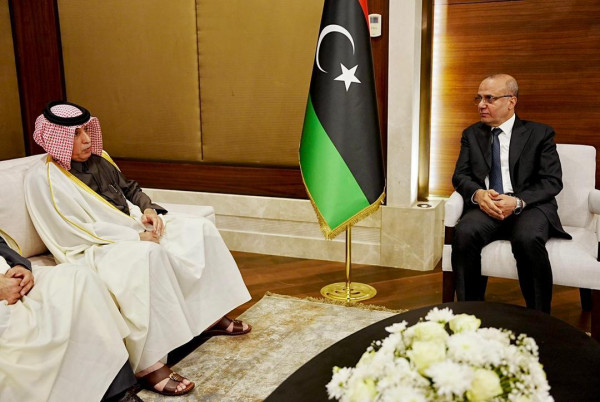 HE Minister of State for Foreign Affairs Sultan bin Saad Al Muraikhi met Sunday with HE Vice President of the Presidential Council of the State of Libya Abdullah Hussein Al Lafi, on the sidelines of the consultative meeting of the Arab Foreign Ministers, which was held in Tripoli at the invitation of the State of Libya.

During the meeting, they discussed the two countries' bilateral cooperation relations and means to further develop them, in addition to a host of topics of mutual interest.
Distributed by APO Group on behalf of Ministry of Foreign Affairs of The State of Qatar.

California :A police officer stands guard on the scene of a mass shooting in Monterey Park, California #Gallery

California : Police officers stand guard on the scene of a mass shooting in Monterey Park #Gallery

Seoul : Hikers walk on a floating bridge across the frozen Hantan River #Gallery

UP cop suspended for ‘abusing’ BJP leader in viral video