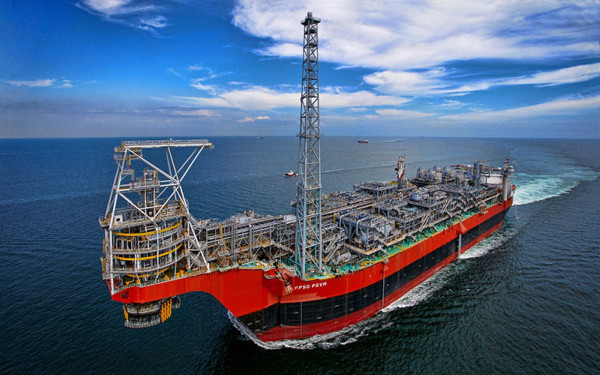 Following three years of construction and successful sea trials of the FPSO unit, the facility - comprising eight processing and production modules - will enable the processing of up to 500 million standard cubic feet of gas and the production of 2.3 million tons of LNG per annum during GTA’s first phase. The state-of-the-art facility will accommodate 140 people, with its key function to remove water and condensate, while reducing impurities in the gas stream. Thereafter, the facility will export processed gas to the GTA’s associated Floating LNG facility.

Gordon Birrell, bp’s Executive Vice President of Production and Operations, stated that, “This is a fantastic milestone for this important project, which is a great example of bp’s resilient hydrocarbon strategy in action. The team has delivered this in a challenging environment, including through COVID, always keeping safe operations at the heart of what they do. With the continued support of our partners, Societé Mauritanienne des Hydrocarbures in Mauritania, Petrosen in Senegal and Kosmos Energy, we remain committed to helping both countries to develop their world-class resources in a sustainable way.”

Marco Villa, COO, Technip Energies, added that, “This is a significant milestone that demonstrates our project execution excellence with the highest standards of safety and quality. We would like to thank bp and their partners for their trust and we are looking forward to continuing the GTA FPSO journey with the next phases of the project taking place in Senegal and Mauritania.”

The African Energy Chamber (AEC), as the voice of the African energy sector, strongly supports and congratulates bp and Technip Energies, as well as the Governments of Senegal and Mauritania, for the milestone achieved, as it represents a new era of energy security, economic prosperity as well as gross domestic product growth across the MSGBC region on the back of natural gas monetization.

While efforts by bp, Technip Energies and the respective national oil companies of Senegal and Mauritania have played a vital role in the realization of this milestone, much of the success of this project can be attributed to the commitment showcased by Senegalese President H.E Macky Sall. The President has prioritized the country’s economic growth on the back of hydrocarbon industry expansion. Through the introduction of the Emerging Senegal Plan and Petroleum Code 2019, H.E. President Macky Sall has created an enabling environment for oil and gas stakeholders, ensuring projects such as the GTA can flourish. By boosting local content development and capacity building, resource development and infrastructure buildup, H.E. Macky Sall continues to fast-track the country’s oil and gas market boom.

“The Chamber strongly supports the milestone achieved by bp, Technip Energies, Mauritania and Senegal, and commends all parties for their resilient approach to making the GTA project a reality. With the FPSO unit now on its way to Senegal and Mauritania’s shared offshore basin, a new era of energy sector growth for the two countries has started. The AEC strongly supports the strategies undertaken by bp and Technip Energies to accelerate the continent’s gas development and infrastructure rollout agenda. We believe that projects such as GTA and companies such as bp and Technip Energies represent key players for helping make energy poverty history across the African continent by 2030,” states NJ Ayuk, the Executive Chairman of the AEC.

With gas representing the resource of the future, and expected to usher in a new era of electrification and industrialization, lifting Africa out of energy poverty while shaping the global energy transition, the AEC backs Mauritania and Senegal’s gas development agenda, of which the GTA project represents a key part. The AEC is confident that projects such as the GTA will drive lasting and positive economic benefits across Africa, opening up new opportunities for job creation and multi-sector revitalization, while stabilizing global markets and easing supply constraints.

In this regard, the 2023 edition of the African Energy Week (AEW) conference and exhibition – Africa’s premier event for the energy sector which will take place from October 16 – 20 in Cape Town will promote Africa’s gas and wider hydrocarbon industry growth agenda while providing an ideal platform for new deals to be signed and investment secured on the back of successful project developments such as the GTA.

As the official place where Africa’s future is discussed, AEW 2023 will host high-level panel discussions, investment forums, exclusive networking sessions and technical workshops showcasing investment opportunities across Africa’s burgeoning gas industry. For potential investors and project developers hoping to mirror the success of the GTA project, AEW 2023 represents the ideal platform for new developments to be kicked off and partnerships established.
Distributed by APO Group on behalf of African Energy Week (AEW).

Amritsar : An artist is seen giving final touches to an idol of goddess Saraswati ahead of the ‘Basant Panchami’ festival #Gallery

Kolkata : CRPF Weaponry put on display in an exhibition in front of Victoria Memorial #Gallery

Why Brij Bhushan Sharan Singh is a one-man army