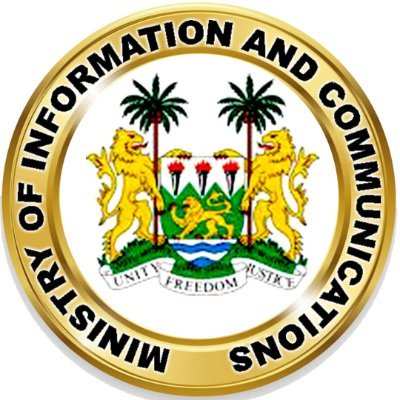 Sierra Leone's Minister of Trade and Industry has said that his ministry is assiduously working towards the enhancement of more investment opportunities in the country. Dr. Edward Hinga Sandy was speaking on Thursday 5th January, 2023 during the weekly government press briefing hosted at the Conference Room of the Ministry of Information and Communications, 8th floor, at Youyi Building in Freetown. The Minister also used the opportunity to enter into agreement with four Industrial Companies.

He said that since the Bio led administration took up office, prudent efforts have been made and are still been made to ensure that Trade and Industry opportunities continue to thrive. He said that government is however aware about the associated challenges in executing certain norms and policies, but assured that such will not deter efforts.

Dr. Sandy disclosed that 2023 and years to come have better opportunities not just for his ministry, but in all other sectors. He noted that Sierra Leone and its people are very resilient, adding that such is one of the values that the nation posses especially in hard and tough times.

The Trade Minister said that had it not been for some resoundingly appreciable mechanisms adopted, Sierra Leone's situation would have been far worse, considering the fact that the Bio led administration inherited a battered economy.

Dr. Sandy however called on Sierra Leoneans to be hopeful and assured that President Bio is willing and ready to make Sierra Leone a better place for all and sundry.

On the agreement with the companies, Minister Sandy said that the move was an informed one and that it is a step in the right direction. He said that this will not only create jobs, but that it'd also stabilize market prices and open up valuable spaces.

The Minister of Trade went on to sign the following agreements with the under-mentioned companies/institutions.

GoldTree (SL) Limited which is an organic palm oil company.

SOL CO. which is an affiliate of WENPENG GROUP an International Company from China. SOL. CO (SL) Limited will develop and operate a cement factory within 36 months.

RANDCEM INDUSTRY LIMITED: an affiliate of FAWAZ Building Materials which seeks to establish a Cement Manufacturing Grinding Ball Mill Plant with an annual capacity of 350,000MT in Sierra Leone within 36 months.

ROCKCEM (SL) LIMITED; an affiliate of Mega Cola Company which seeks to develop a cement factory. The company will operate in two phases; first, the importation of cement in large bags which is repackaged locally into 50kg bags while the second phase is to construct a cement processing (grinding) plant in Freetown.

Having signed the agreements, Dr. Hinga said that by March 2023, Sierra Leone will manufacture its first steel material, noting that the positive nature of this venture cannot be overstated.
Distributed by APO Group on behalf of Ministry of Information and Communication, Sierra Leone.

New Delhi: Locals stand near the damaged bus that met with an accident #Gallery