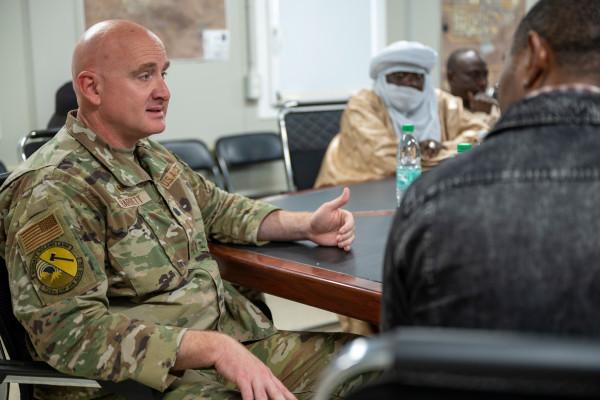 At these meetings, leaders discussed shared goals and a desire to increase partnerships between AB 201, Agadez government agencies, and the Niger Armed Forces (FAN). Partnerships and knowledge exchanges, such as English Discussion Groups, are ways AB 201 can share skills and information, which provides a more sustainable and lasting impact in the Agadez area.

Air Base 201 and Agadez leadership have a shared vision of a safe, stable, and prosperous future for Agadez, its surrounding villages, and Niger more broadly.
Distributed by APO Group on behalf of U.S. Embassy in Niger.