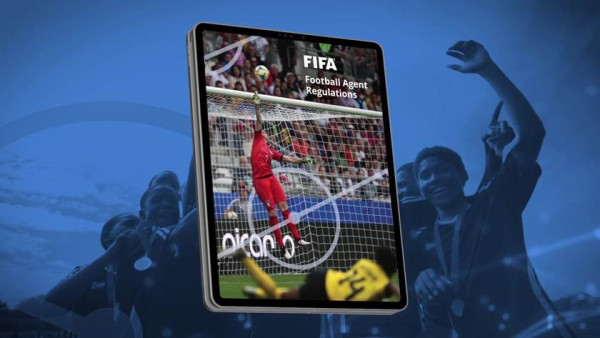 Regulations adopted by the FIFA (www.FIFA.com) Council in December 2022 following an extensive consultation process with all key international football stakeholders. New rules will guarantee minimum professional and ethical standards for the occupation of football agent, including a mandatory licensing system. Initiative is part of FIFA’s efforts to modernise the football regulatory framework and to protect the good functioning of the football transfer system. FIFA’s reform process regarding the FIFA Football Agent Regulations is publicly accompanied and supported by various institutions and bodies.

Following their approval by the FIFA Council in December 2022, the new FIFA Football Agent Regulations (FFAR) (https://fifa.fans/3IsXMWG) will come into force on Monday, 9 January 2023, thus marking a landmark step towards the establishment of a fairer and more transparent football transfer system.

The new regulations introduce basic service standards for football agents and their clients, including a mandatory licensing system, the prohibition of multiple representation to avoid conflicts of interest, and the introduction of a cap on agent fees, all with the objective of reinforcing contractual stability, protecting the integrity of the transfer system and achieving greater financial transparency.

While the processes for obtaining a licence under the FFAR will come into force next Monday, there will be a transition period ahead of the obligation to only use licensed football agents and the cap on agent fees, which will happen on 1 October 2023.

The FFAR were approved by the FIFA Council at its meeting in Doha in December 2022 following a very robust and open consultation process carried out by FIFA since 2018 and involving all key international football stakeholders. FIFA’s consultation and reform process for the FFAR as a whole was, and is, publicly accompanied and supported by various institutions and bodies.

For more information on how to become a football agent licensed by FIFA, please click on the following link: https://fifa.fans/3jM2jJy. On Monday, 9 January 2023, the registration process will go live on the new Agent Platform at https://agents.FIFA.com
Distributed by APO Group on behalf of FIFA.

Hyderabad: A thick layer of fog engulfs in the city #Gallery