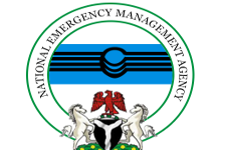 He said the distribution would be carriedout in four camps that are located around Maiduguri namely: Muna Kumburi, Gongulon, Madinatu I and Madinatu II. These, according to him were in addition to the earlier distribution in December 2022, during which about 8,000 households benefitted in five camps at El-Miskin, Doro, Ashiri, Shuwarin and Nganzai.

The NEMA DG who was represented by the Director of Planning Research and Forecasting Hajiya Fatima Suleiman Kasim said each of the households is expected to have 59.8 kilograms food basket, made up of 25kg of rice; 25kg of beans; 4kg of Masa vita flour 2kg of tomato paste; litres of ground nut oil; 1kg of salt and 0. 8kg of maggi cubes.

While appreciating the King of Saudi Arabia, His Majesty, King Salman Bin Abdulaziz Al Saud and the Crown Prince and Prime Minister, Mohammad Bin Salman for the donation delivered through KS relief, the NEMA DG Mustapha Habib Ahmed said the gesture would go a long way to benefit the IDPs and complement the efforts of the Federal Government.

He said “our partnership with KSrelief dates back to 2018. Between 2018 and 2021, the Centre donated relief items (food baskets) to some Internally Displaced persons in Borno, Yobe and Zamfara States.”

He further that “KSrelief has been very benevolent to the Country. Interventions have been beneficial as evident from the positive testimonies from the IDPs.”

The food distribution is being carriedout directly to the IDPs in their places of abodes at the camps by NEMA Staff in collaboration with staff of Borno State SEMA.

Lucknow: A thick layer of fog engulfs the lower atmosphere on a cold winter morning #Gallery

44 judges’ names to be confirmed within 3 days: Centre to SC amid row over delay in appointments

Unable to repay debts, family of 3 commit suicide in Kerala

Bill seeking removal of Governor as Chancellor need not be sent to President: PDT Achary

MCD begins amid ruckus as AAP, BJP clash ahead of mayoral polls

Must report any improper behaviour on aircraft to authorities at the earliest, says Air India CEO to staff

If you can’t respect verdict, then why elections: Sisodia on nominated councillors issue