Home » General » Africa’s Conference of the Parties (COP27) in Egypt: An Opportunity to re-think what we’re asking Africa to do and Respect African Voices – African Energy Chamber 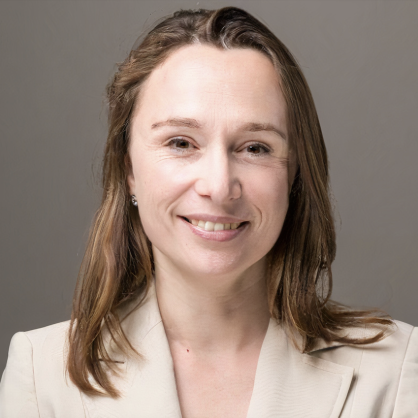 When Africans look at the green agenda from Western countries, they see something written by extreme forces that do not factor our concerns especially around natural gas and energy poverty.

No thanks. Africa doesn’t need a radical energy transition; Africa needs a just energy transition. We don’t want to abandon our fossil fuels and find ourselves in the same situation Europe is in today. Africans know what it means to have no energy.

The Attacks on Africans Were Expected. Distractions from African Energy Poverty issues at COP27

Unfortunately, climate panic, smears and fear mongering are alive and well, and for some reason, Africa is public enemy number one. A continent that emits a negligible amount of carbon dioxide, at most, 3% of the world’s total, is being disproportionately pegged as a threat to the planet by developed nations.

With 600 million Africans without access to electricity, and more than 900 million without clean cooking facilities and many Africans looking for answers, Chloé Farand, a very wealthy activist with close ties to radical group Extinction Rebellion came out attacking us with lies at COP27. She never contacted us. She never talked to us. She lied. We would honestly like to ask who is funding Chloé Farand’s anti African campaign.

Can she put out their financials? For an all-white climate group that is all day, all night, all white with no black employees to have the audacity to attack Africans kids working on energy poverty gives Chutzpah a new meaning.

For a very rich white persons receiving a lot of money from Anti African groups and living with so much electricity to attack poor Africans who don't have lights is sickening.  We are proud about the work we do at the African Energy Chamber and our work to Make Energy Poverty History. We did not say Gas is green. Europeans say Gas is green and we agree with them. Chloé Farand’s problem should not be with me or the Chamber, their problem should be with the EU that calls gas green. Their problem should be with the UK that is opening coal mines and drilling in the North Sea. The African Energy Chamber’s position is, if we want to protect Africans from harm and misery, we must embrace our natural gas resources. Europe is doing same. What is their obsession with black people.

Farand and team look everywhere for the mysterious causes of energy poverty, ignorance, crime, war and climate change problems. They need to look no further than their own mirrors and stop looking at Africans. Mirrors are not to reflect what you see. Mirrors are to correct what you see.

This is the kind of colonial mindset that African children have to combat and defeat especially if we have to ensure that they don’t take our critical minerals and leave us in the dark. When they don’t have the intellectual capacity to beat you on the facts, they go low with misrepresentations and blatant lies that they have no proof, no evidence with hope that it works in world where alternative facts and fake news go. We are ready and we will fight back.

The difference now, though, is that governments want to implement our transition on an expedited timeline. And they’re very optimistic that everything will fall into place on their timeline in Africa. But, again, they’re ignoring realities on the ground.

And they’re ignoring what our fossil fuel resources, especially natural gas, can do for our continent. We can use our natural gas to lift Africans out of poverty. After all, Africans are poor because they are energy-poor.

To overcome that, we need to reject the world’s green energy agenda and make full use of our fossil fuels, just as nations worldwide have already done. It’s neither fair nor ethical for rich countries to make policies that keep other countries poor.

We are not arguing against an energy transition or renewable energy. We are excited about renewables’ potential. But a premature transition from fossil fuels to renewables would be harmful. We need to get away from this binary thinking.

For now, let’s work on growing Africa’s energy mix. We can continue producing, exporting, and using clean natural gas and using the revenues to help pay for our energy transition. Let’s work on building our capacity in renewable energies so we can make sure that good jobs and leadership opportunities in renewables go to Africans.

And of course, we need the international community to keep its promises about providing the billions, possibly trillions, of dollars needed for a just African transition.

Distributed by APO Group on behalf of African Energy Chamber.

Kangra: AAP MP Sanjay Singh with party members during a roadshow ahead of Himachal polls, #Gallery