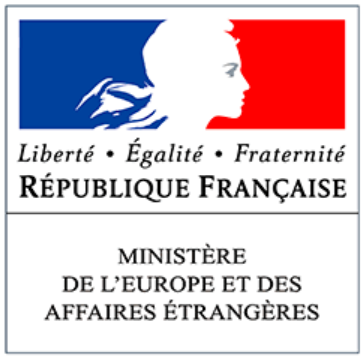 COP27 will be held in Egypt, from 6 to 18 November 2022. While the aim of COP26 in Glasgow was to raise global ambition, in particular regarding the reduction of greenhouse gas emissions, the United Nations Synthesis Report indicates that the States’ commitments are not yet sufficient. COP27 must therefore be a conference to deepen ambitions and implementation, in order to maintain the possibility of limiting global warming to 1.5°C. As it is being held in Africa, this meeting of the Conference of the Parties should also reflect solidarity and cooperation between developed and developing countries.

The conclusions of Volumes I to III of the Sixth Assessment Report of the Intergovernmental Panel on Climate Change (IPCC) indicate that the rising of the average global temperature is clear, it is accelerating and the signs of warming that have been observed are almost entirely due to human activity. This high-speed global warming increases threats to international prosperity and security. Rising sea levels, more intense and frequent extreme weather events, falling agricultural yields and the proliferation of pathogens are described by the IPCC as direct consequences of climate change. The IPCC does however highlight that there is still a short window to limit warming to 1.5°C, if States swiftly and significantly reduce their emissions by 2030 and reach carbon neutrality by mid-century.

To speed up global efforts on emissions reduction, France and the European Union are calling for a robust mitigation working programme to be drawn up at COP27. France and the EU have committed to reaching climate neutrality in 2050, and presented plans to reduce their emissions that are consistent with this commitment.

In the first half of 2022, various aspects of the European Green Deal, under which these commitments fall, were put in place, in particular the key texts in the legislative package known as “Fit for 55”, for the implementation of the European Union’s nationally determined contribution (NDC). Trilogues commenced under the Czech Presidency of the EU with a view to concluding a political agreement as swiftly as possible on the texts, for implementation in 2023, of the new European climate framework.

The energy crisis exacerbated by the war in Ukraine led to the adoption of the RePower EU strategy, which aims to strengthen the EU’s energy independence while accelerating its energy transition schedule.

Furthermore, France is active in every area of climate diplomacy and supports multi-stakeholder coalitions (States, local government bodies, civil society, and the private sector), such as the International Solar Alliance, the High Ambition Coalition for Nature and People, and the Alliance for the Conservation of Rainforests. The « One Planet » summits, launched at the initiative of the President of the Republic in 2017, have become a forum for the financial commitment of States, local governments, international organizations, businesses, private banks and insurance companies. At COP27, France is defending its coalitions of private and public financers, supporting the climate and biodiversity, with the ambition of preserving our only planet.

France is contributing its diplomacy to help its partners who are the most exposed to the effects of climate change, especially in Africa. International climate finance is a major subject at COP27. Advanced economies, which are responsible for the majority of past greenhouse gas emissions, have a duty in terms of solidarity with developing countries. Climate finance raised by developed countries for developing countries enables cooperation so that every country may be equipped with the most effective technologies and practices to reduce their emissions and adapt to climate change. For example, France is one of the main contributors to the Just Energy Transition Partnership established with South Africa on the sidelines of COP26. This partnership will enable South Africa to decarbonize its economy in exchange for financial and technical support from several countries. Discussions are underway to replicate this type of partnership with other countries.

What is France doing for climate finance?

The European Union and its Member States are the main providers of climate finance. France has committed to increasing its public climate finance in developing economies from €3 billion in 2015 to €5 billion in 2020. This objective was reached and exceeded in 2019. Since then, France has stepped up and extended its commitment made at COP21, increasing it to €6 billion per year between 2021 and 2025, a third of which is dedicated to adaptation. France respects its promises: in 2021, it raised €6.1 billion, €2.2 billion of which was for adaptation.

Furthermore, in a context where developing countries are calling for enhanced natural disaster response mechanisms, France supports the call of the United Nations Secretary-General to ensure early warning systems are in place in every country in the world: France announced that it would double its contribution to the CREWS initiative, increasing it to €8 million per year. Launched by France at COP21, this initiative has already raised $100 million to create early warning systems in vulnerable countries.

The Agence Française de Développement (AFD), an agency of the Ministry for Europe and Foreign Affairs, implements a significant portion of France’s climate finance, working directly with the most vulnerable countries. It is the first development bank that is 100% aligned with the Paris Agreement, as it ended financing for any project that goes against climate action.

France’s commitment also involves a major contribution to multilateral climate finance funds. Our country is one of the leading contributors to the Green Climate Fund, the main financial mechanism of the Paris Agreement, and the Global Environment Facility. French financing goes to tangible projects in various countries, such as financing for solar farms, the modernization of electricity networks, building clean public transport, and improving water supply. It also goes to forest conservation and the roll-out of early warning systems for disaster risks.

In addition to finance provided by developed countries to developing countries, the alignment of public policies with the goals of the Paris Agreement should direct all public and private financial flows towards achieving the goals to limit global warming and to boost resilience.

Distributed by APO Group on behalf of Embassy of France in Zambia.

Amritsar: A Sikh devotee takes a holy dip at the ‘Sarovar’ of Golden Temple on gurpurab #Gallery

: Nagpur: Sikh devotees offer prayers on the occasion of birth anniversary of the founder of Sikhism, Guru Nanak Dev #Gallery

Why is Sukesh disclosing things now, why not before?

Jaishankar in Moscow, Kwatra in Washington amid speculation over India’s peacemaking role in Ukraine

Battle of the ballot carnival set to roll in US

For family in Bengal, Al Qaeda activist held in Jammu was madrasa teacher

Bodies of two children carried on two-wheelers in Telugu states