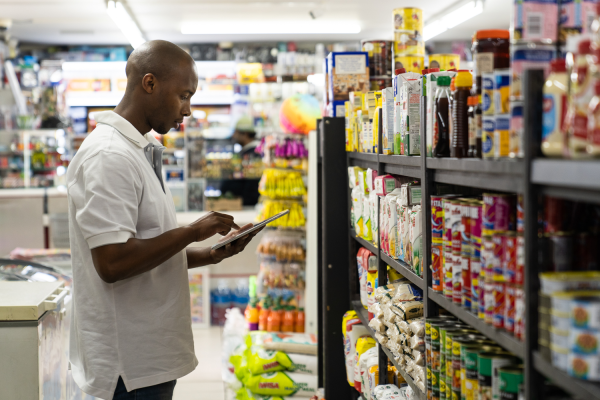 As we flip flop between candles powering up and diesel drumming to a now common beat - with the longest run of loadshedding in South Africa recently under our belts - the massive impact this has had on business has been nothing less than debilitating leaving our economy in a precarious position.

With loadshedding recently declared the 2022 word of the year by the Pan South African Language Board - retailers, brands, and manufactures have faced heavy knocks in a sector that is still in recovery post lockdown. Negatively impacting revenue, costs, and employment across the country. Contingency plans have had to evolve into calculated innovative ways of doing business around literally and figuratively ‘keeping the lights on’.

From looking at alternative ways of managing mobile payment solutions to understanding how web traffic and checkouts are affected; the effect of loadshedding on malls and smaller shops; issues around intermittent internet and ultimately as the country gears up for the holiday season, managing the customer experience.

Globally there is indeed an energy crisis with countries all over the world struggling to adequately provide electricity for their citizens - from issues around gas supply in Europe, imminent power cuts in Australia and parts of the US and recent warnings of three-hour planned black outs in Britain this winter. So too in Africa, countries such as Botswana, Zimbabwe, Ghana, Zambia, Namibia, and Mozambique face an ongoing battle as they deal with rolling power outages.

Closer to home, reality brings further perspective with leading industry player Liberty Two Degrees, and owners of Sandton City mall, revealing that they had spent three times more on diesel than budgeted due to the intensity of loadshedding over the past months. While clothing retailer Truworths reported that ‘power down’ cost them more than 10% of their sales in a single week in September this year [News24]. At the other end of the scale entrepreneurs and small business owners have voiced their frustration on social media – with one trader stating that he must now find R1800 or more a day for diesel, just to stay in business. With another suggesting that when applying for funding one must include the all-important investment of a generator.

Amidst the power no show, retailers do their best to bob, and weave to keep things up and running in the hopes of trading, business as usual. Despite their best-efforts, challenges arise when older generation payment terminals are still in use that rely on SIM cards and need data connectivity to process and where trolleys and baskets of perishable goods that need to be traded quickly are abandoned at tills. Something global retail specialist Smollan understands. It’s about strengthening relationships, part of a clear brief that revealed itself during lockdown, so that new ways of doing things can be tabled to, despite loadshedding, unlock growth potential at the point of purchase.

While customers are certainly adjusting their shopping habits as the situation has a familiar new-normal ring to it – smaller shops often close completely during loadshedding directly affecting sales while larger anchor tenants in malls tend to remain open. Furthermore, when wifi goes down, many businesses must switch to cell phone data incurring extra costs while restaurants have to increase the amount of gas they use [News24].

In the online space, thoughts turn to the impact the power issue has had on ecommerce – especially with promotional days and the holiday season literally around the corner.

While some believe that more affluent shoppers will continue to move online because off loadshedding, www.Ecommerce.co.za suggests in the broader space that retailers should look at alternative mobile payment solutions that don’t require any device or card machine and, as systems go down pressure on hosting services increases, so ensuring that the customer experience is effectively managed to avoid any negative ‘misadventures’, will be key.

Distributed by APO Group on behalf of Smollan.

Modiin :The moon partially obscures the sun during a partial solar eclipse visible from the Israeli city of Modiin #Gallery

Beijing:Xi Jinping delivers a keynote speech at the opening plenary of the 2017 annual meeting of the World Economic Forum in Davos #Gallery

Beijing:Xi Jinping delivers an important speech at a ceremony marking the 100th anniversary of the founding of the CPC in Beijing #Gallery

Beijing:Xi Jinping boards the aircraft carrier Shandong and reviews the guard of honor at a naval port in Sanya #Gallery

Beijing:Xi Jinping delivers an important speech at a commemorative meeting marking the 50th anniversary of the restoration of the People’s Republic of China’s lawful seat in the United Nations, in Beijing #Gallery

Beijing:Xi Jinping delivers a report to the 20th CPC National Congress on behalf of the 19th CPC Central Committee at the Great Hall of the People in Beijing #Gallery