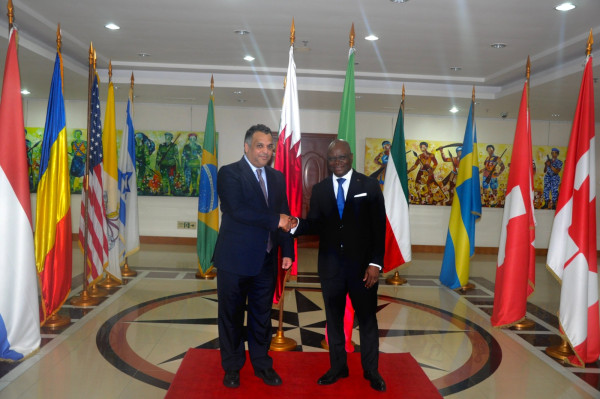 HE Minister of Foreign Affairs and Regional Cooperation of the Republic of Benin Aurelien Agbenonci met with Acting Charge D'affaires of the Embassy of the State of Qatar in Benin Hamad bin Dhaen Al Kuwari.

During the meeting, bilateral cooperation relations were reviewed.

Distributed by APO Group on behalf of Ministry of Foreign Affairs of The State of Qatar.

: Nagpur: Union Minister Nitin Gadkari during the one day council on ‘Importance of Drones for Agriculture’ #Gallery

New Delhi: Firefighters attempt to douse the fire after it caught in a private bus #Gallery

Shiv Sena to build party in UP for 2024 polls