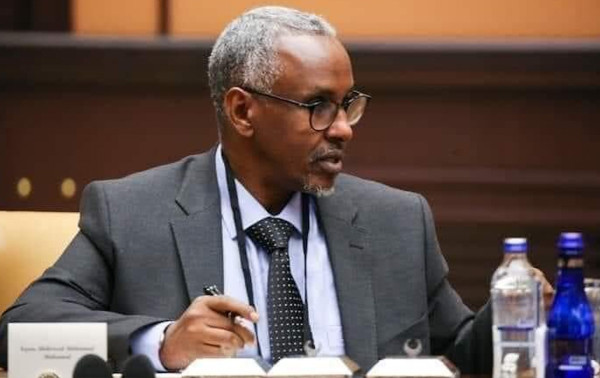 The African Energy Chamber (AEC) (https://EnergyChamber.org) congratulates H.E. Abdirizak Mohamed for his appointment as Minister of Petroleum and Mineral Resources of the Federal Republic of Somalia. While this role may present challenges, the AEC firmly believes in the capability of H.E. Minister Mohamed as he drives the country into a new era of energy and economic growth.

Representing one of the final frontiers for oil and gas exploration globally, Somalia is rich with opportunities across the entire energy spectrum and value chain. Despite its proximity to hydrocarbon-rich countries, exploration has been slow in Somalia owing largely to political instability and the lack of adequate investment. Now, with his appointment, H.E. Minister Mohamed may focus on promoting an enabling environment and accelerating investment in frontier oil and gas activities. Much of the country’s offshore basins have yet to be explored, and with previously attained seismic data revealing high potential prospects, opportunities for establishing the country as a top producer while making high returns on investment are high.

In 2022, the country has made steady progress towards stability, owing largely to recent regulatory reforms and political cooperation, and as global demand for African oil and gas increases, Somalia has emerged as a highly attractive investment destination. Under a mandate to position the country as a top hydrocarbon producer, H.E. Minister Mohamed is set to transform the sector while making a strong case for foreign investment and international player participation. Recently, the government has put statutory bodies in place to negotiate oil exploration and production deals, with the new ministry set to use these bodies to drive participation in 2022 and beyond.

Oil represents the backbone of most industrialized economies, and yet, Somalia relies predominantly on imports to sustain its economy. To change this trend, creating a viable domestic market in Somalia, H.E. Minister Mohamed will be prioritizing exploration, infrastructure development and regional cooperation. First on the agenda will be the return of global energy majors, specifically including Shell and ExxonMobil, both of which declared force majeure but paid $1.7 million to lease offshore blocks for the next 30 years. The return of these majors will be key for unlocking a new era of hydrocarbon exploration in Somalia.

“The AEC would like to commend H.E. Minister Mohamed on his appointment as Minister of Petroleum and Mineral Resources of Somalia. This represents a great accomplishment and the AEC believes that he will take on his new role with drive, innovation and resilience. In 2022, with global market trends constantly fluctuating, and international destinations urgently looking for new oil and gas deposits, unlocking the true potential of Somalia’s hydrocarbon sector will be key, not just for the country itself but the entire continent. The AEC looks forwards to seeing what H.E. Minister Mohamed will accomplish in his new position and offers our support throughout his term,” states NJ Ayuk, Executive Chairman of the AEC.

As the former minister, H.E. Abdirashid Mohamed Ahmed, steps down, the AEC would like to extend their congratulations for a job well done. Despite global market and domestic economic challenges, the former minister made progress towards bringing investment back into the country. For that, he must be commended.
Distributed by APO Group on behalf of African Energy Chamber.

New Delhi : Red Fort getting prepared for the occasion of Independence Day #Gallery

Srinagar : Jammu and Kashmir Police and the Army in a joint operation, busted a terrorist hideout #Gallery

With Kerala Lok Ayukta getting back its power, touch and go for Pinarayi Vijayan