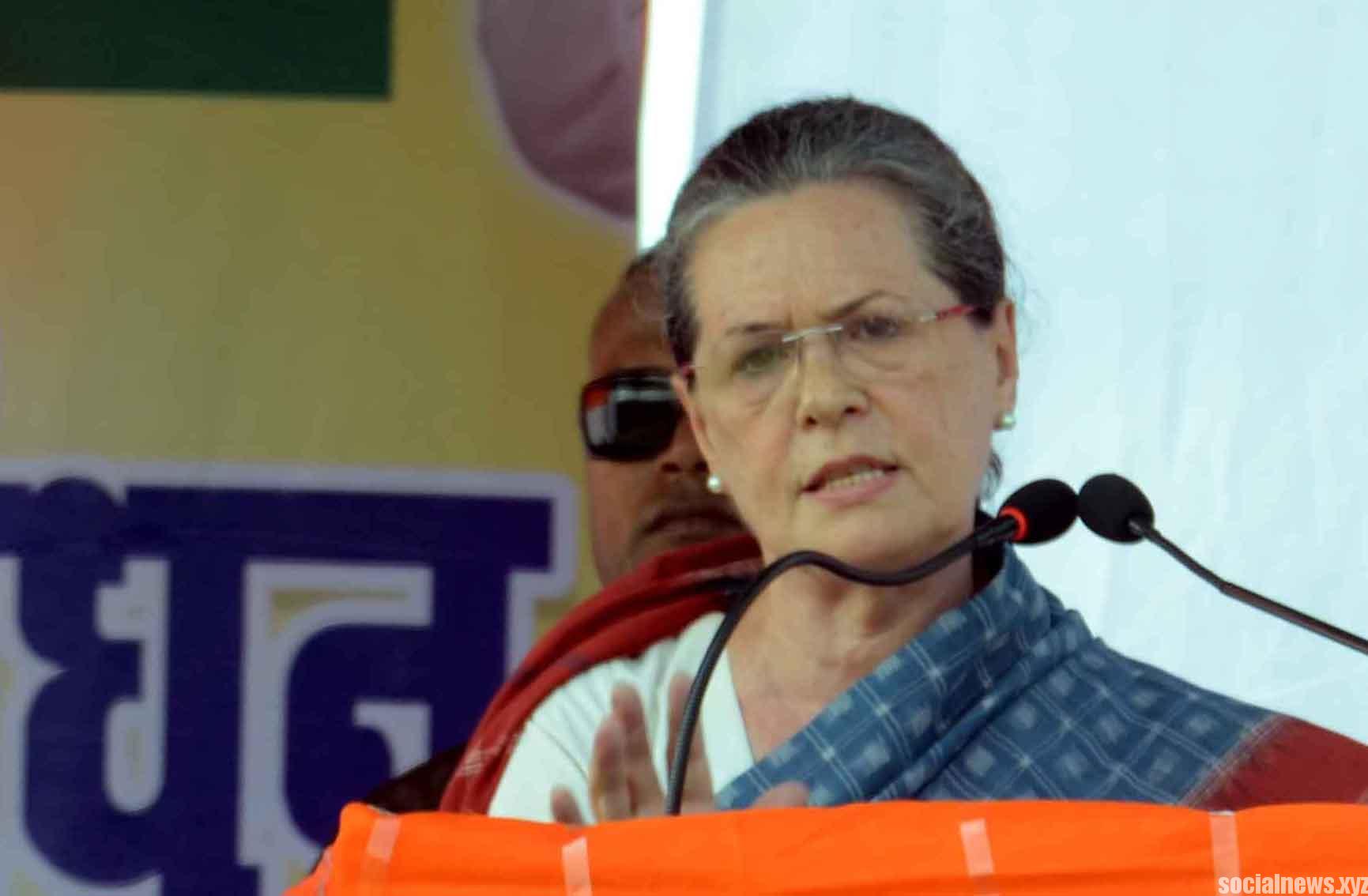 The party on Monday slammed Prime Minister Narendra Modi for his barbs at the Congress over anti-Sikh riots in 1984.

The march will start from Parliament House and party leaders are expected to give a memorandum to President Pranab Mukherjee to convey their concern on "rising intolerance".

Sonia Gandhi met the president on Monday evening but party sources termed it as "personal" meeting.

The meeting came on a day Modi targeted Sonia Gandhi, saying Congress leaders had no right to talk about tolerance when they were involved in the 1984 anti-Sikh riots.

"Madam Soniaji, do you remember 1984? What happened in Delhi? Sikhs were killed. Serious charges were made against the Congress. Ironically, now the Congress talks of tolerance," Modi said at an election rally in Purnea in Bihar.

He said after two Sikh bodyguards assassinated then prime minister Indira Gandhi, innocent Sikhs "were killed in broad daylight... And the Congress is giving lectures on tolerance".

Congress leader Anand Sharma reacted sharply to Modi's remarks, saying his comments were "politically motivated" and "a mischievous attempt to reopen the wounds of 31 years".

He said riots followed assassination of former prime minister Indira Gandhi were "tragic" and "a sad chapter", adding that successive governments have explored every possibility to provide a healing touch.

"Fortunately in this country we were able to restore the social unity and the faith of all the people which was reflected both in our national elections as well as the formation of elected governments - whether of the Congress Party or of the BJP-Shiromani Akali Dal - in Punjab," he said.

Sharma said Modi made the latest remarks to "divert attention from the rising concerns and fears in the country over orchestrated campaigns to create atmosphere of fear and intimidation".

"Prime minister has chosen even now not to respond to the concerns expressed by eminent Indians who have made rich and notable contributions - scientists, authors, film producers, poets and others," he said.

Sharma said Modi needs to be reminded that he is the prime minister of India.

"He should not even think and act as a BJP leader or as a RSS pracharak (preacher) but fulfil and honour his constitutional duties and his moral duty as India's prime minister," he said.

Referring to Modi invoking name of former prime minister Atal Bihari Vajpayee during the Bihar polls, Anand Sharma asked if the prime minister had forgotten advice given to him to follow "raj dharma' after the Gujarat riots.

He said former prime minister Rajiv Gandhi had immediately went out on the streets of Delhi to diffuse communal sentiments and calm people after reaching the capital from West Bengal in the wake of assassination of his mother Indira Gandhi.

He alleged Modi did not "utter a single word for three days" after the Gujarat riots of 2002 and "did not take effective measures to control the situation".