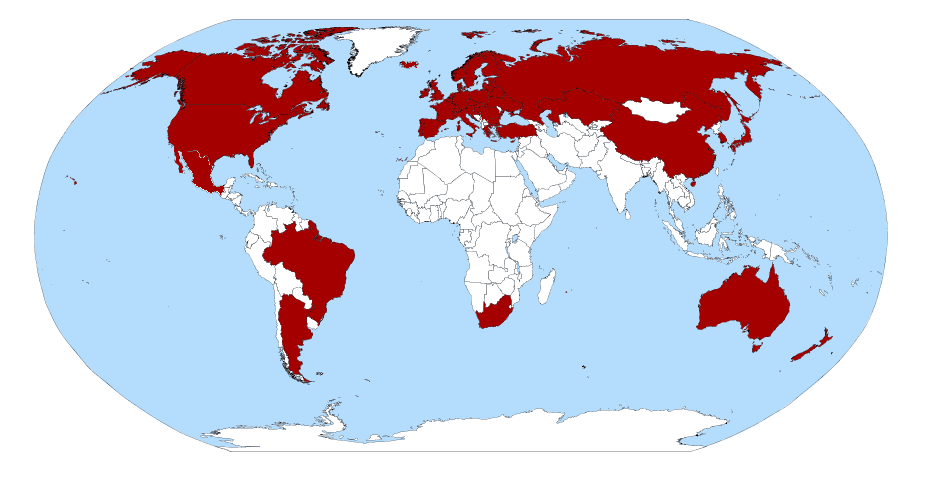 New Delhi, Nov 2 (IANS) India's pending application for entry into the Nuclear Suppliers Group (NSG) should come up for consideration at its plenary in June 2016.

Indian diplomats have been in discussion with NSG members for some time, and on October 30, External Affairs Minister Sushma Swaraj discussed the matter with visiting NSG chairman Rafael Grossi, who indicated that he would take it up with the grouping's 48 members right away.

India is aggressively being supported by the United States, which has more or less assured India's entry into the Missile Technology Control Regime (MTCR) in coming couple of months, and then follow through to facilitate it in the NSG. US diplomats told India Strategic that the Obama administration was committed in this perspective.

Diplomatic sources also said that President Barack Obama had invited Prime Minister Narendra Modi for a state visit in March 2016, which had been accepted, and the US support to India due to its clean non-proliferation record, tight export control laws, and growing friendship with the US was a given now.

India's entry into the MTCR could be considered as a gift from Washington to the Indian prime minister due to the strengthening relations.

Hectic discussions should be on between the two countries to finalise some agreements which should formally be signed during the visit.

India may face some hurdles from China which wants its only military ally, Pakistan, to also gain entry into the NSG and other denial regimes despite its bad track record in both missile and nuclear proliferation. Grossi has observed that it would be difficult to have an India-specific exemption, and how the process evolves, has to be seen.

India however, has a waiver, courtesy Washington, for nuclear trade with those willing, but there are many technologies that it still cannot access due to MTCR and two other denial regimes, the Wassenaar Arrangement and Australia Group.

The grouping, set up in 1975 as a reaction to India's 1974 nuclear test, needs consensus for admitting new members or to take some key decisions.