New Delhi, Nov 2 (IANS) Moody's Investors Service on Monday upgraded its outlook for India's banking system to "stable" from "negative" based on expectation of a lesser growth in banks' bad loans in future. 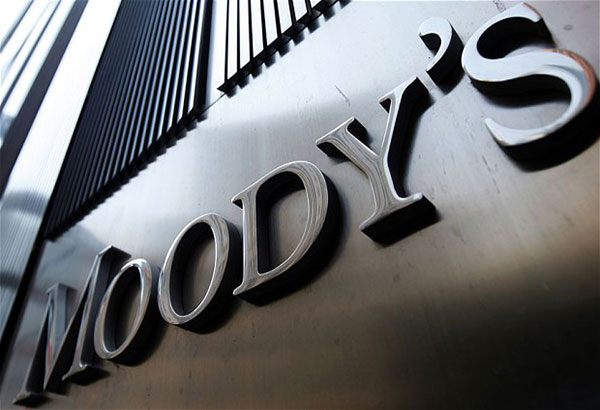 The American ratings agency had assigned a negative outlook to the Indian banking system in November 2011 due to their deteriorating asset quality.

"The stable outlook on India's banking system over the next 12-18 months reflects our expectation that the banks' gradually improving operating environment will result in a slower pace of additions to loans problem, leading to more stable impaired loan ratios," said Moody's vice president Srikanth Vadlamani.

On the operating environment, the report said it expects India to record the GDP growth of around 7.5 percent in 2015 and 2016.

"Growth has been supported by low inflation and the gradual implementation of structural reforms. An accommodative monetary policy should support the growth environment," the report said.

As for asset risk and capital, Moody's said while the banks' stock of non-performing loans may continue to rise, the pace of new impaired loan formation in the current financial year ending March 2016 will be lower than the levels seen in the past four years.

It, however, said the capital levels of state-run banks are low and the government's announcement of injecting Rs.70,000 crore into public sector undertaking (PSU) banks over the next four years is "clear positive".

"But this amount is still short of the banks' overall capital requirements. Ability to access equity capital markets remains key if the PSU banks have to address their capital shortfall," it said.

Moody's rates 15 banks in India that together account for around 70 percent of system assets. Four are private-sector banks and the remaining 11 are state-run banks.

According to the report, Indian banks' impaired loan ratios have increased significantly over the past four years till March 2015. It has risen to 10.2 percent atend-June 2015, from 4.5 percent at March 2011.

Indian banks have significantly tightened their underwriting standards, as seen in the sharp slowdown in corporate loan growth to 9.3 percent over the past three years from 23.1 percent during 2009-12, Moody's said.

"Indian banks' asset quality should also benefit from a proactive policy response over the past two years to address some of the key bottlenecks, including speeding up government permissions for stalled projects, and a pickup in public-sector capital investment," the agency said.

"We expect formation rates of new impaired loans to register around 2 percent for PSU banks over the next 12-18 months, and less than 1 percent for private-sector banks over the same period. While still high, these rates would be lower than the average of 3.3 percent and 1.1 percent in the past three fiscal years," it added.

Regarding government support, Moody's said for the PSU banks it expects that the government will not make any changes that could suggest the possibility of reduced support, which could entail significant systemic risks.

The public sector banks said last month that their major problem of non performing assets (NPAs), or bad loans, could continue for another two to three quarters.

Taking the first step towards a holding company structure for state-run banks, the government, in August, announced the setting up of a Banks Board Bureau (BBB) that will recommend appointment of directors in PSBs and advise on ways of raising funds and dealing with stressed assets.

Finance Minister Arun Jaitley has allocated Rs.7,940 crore in the budget for recapitalisation of public sector banks in this fiscal.

The union cabinet had in December allowed state-run banks to raise up to Rs.160,000 crore from the capital markets by diluting the government stake in phases to 52 percent.

Democracy in peril due to BJP’s ‘monstrous’ political ambitions: Thackeray