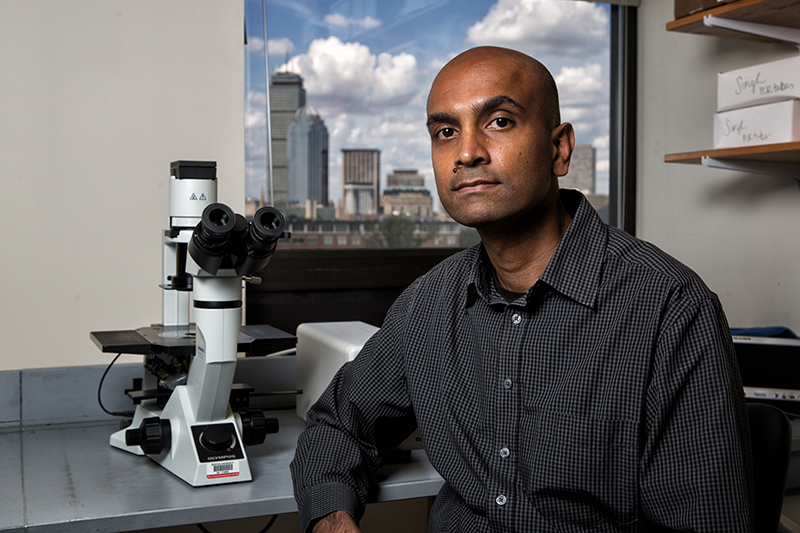 New York, Nov 2 (IANS) An Indian-origin researcher in the US has won a $150,000 grant to study genes linked to the deadly melanoma skin cancer, a media report said.

Anurag Singh, an assistant professor of pharmacology and medicine at Boston University, won the grant from the Melanoma Research Alliance to study as to why some forms of melanoma with a mutated gene called NRAS, do not respond to targeted treatment, the BU Today of the Boston University reported on Monday.

"The RAS mutation itself is not sufficient to cause a full-blown tumour," Singh was quoted as saying. "It creates a vulnerable state that can progress to a malignant state."

Singh's lab studies how two forms of the RAS gene, NRAS and KRAS, interact and cooperate with other genes to form gene networks, analogous to computer circuits.

The RAS mutations prevalent in melanoma also appear in pancreatic and colon cancer. Singh has already discovered that melanomas with NRAS mutations come in at least two different flavours.

"We have identified two major types of NRAS networks in melanoma," he said.

"We hypothesise that these subtypes can be treated with selective targeted anti-cancer agents or precision medicines. We hope to pinpoint vulnerabilities that can be blocked with chemotherapy," Singh added.

Although melanoma is one of the least common types, representing only about two percent of skin cancer cases, it is one of the most deadly.

Melanoma is so aggressive that doctors measure the tumour depth under a microscope -- the variance of a fraction of one mm may make the difference between survival and death.