Kolkata, Nov 1 (IANS) A day after he was granted bail in the multi-crore rupee Saradha chit fund scam, West Bengal Transport and Sports Minister Madan Mitra on Sunday walked out of the state-run SSKM Hospital, where he spent the majority of his incarceration period.

Mitra, arrested by the Central Bureau of Investigation (CBI) for his alleged complicity in the Saradha scam, was on Saturday granted bail by a city court.

Discharged from the SSKM Hospital, where the medical board adjudged him fit during the day, the senior Trinamool Congress leader was taken to his residence in south Kolkata's Bhowanipore in an ambulance where hundreds of his supporters and party activists welcomed him. 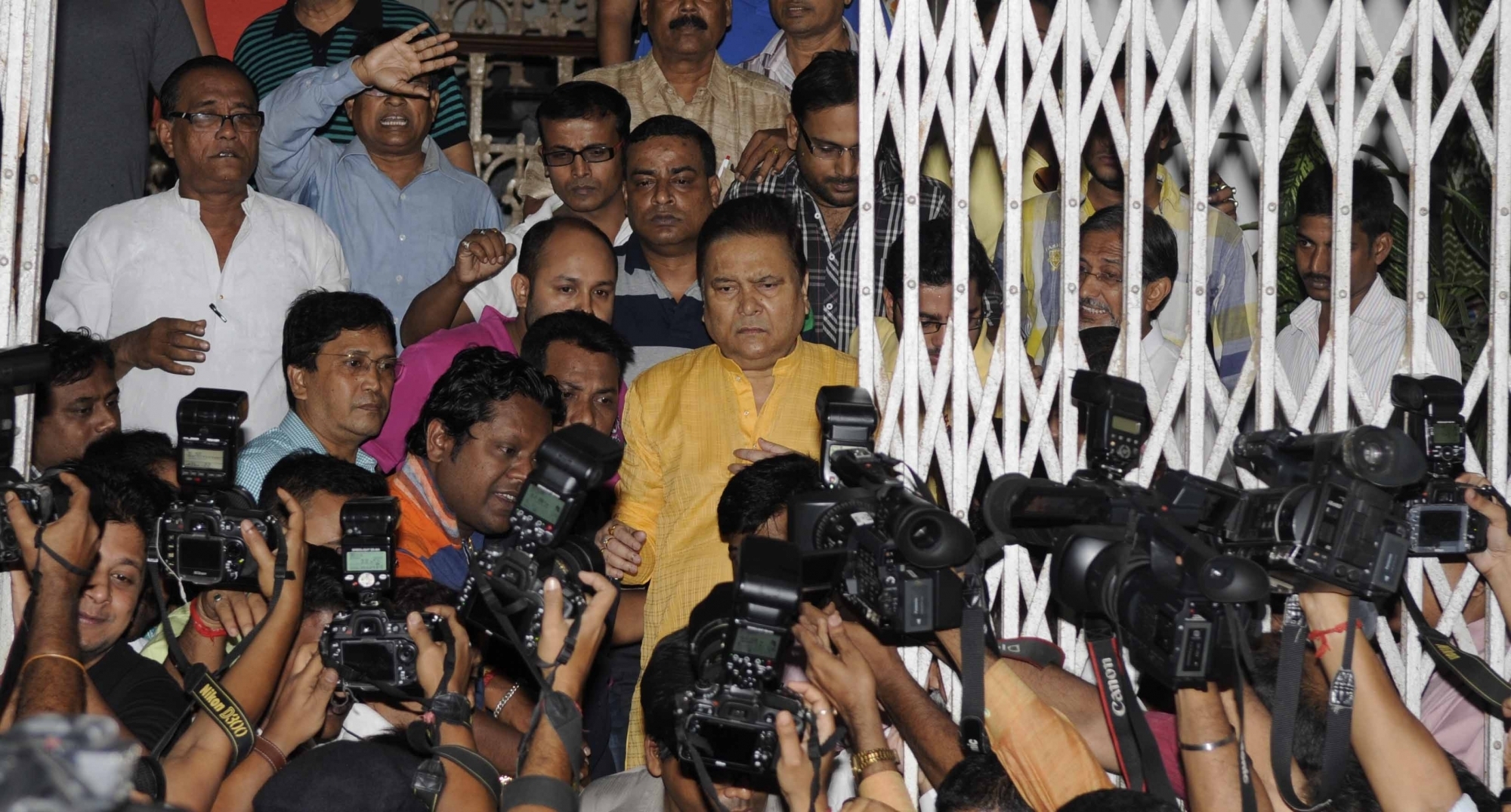 Kolkata: West Bengal Minister Madan Mitra comes out of SSKM hospital after he was granted bail in Kolkata, on Nov 1, 2015. (Photo: IANS)

Elate Trinamool workers burst crackers, brought out motorcycle rallies and took out processions to celebrate Mitra's release. The joyous scenes were seen at Bhowanipore, the minister's assembly constituency Kamarhati in the north 24 Parganas district, and at several other pockets of the state where Mitra has a base.

A large number of people waited outside Mitra's Bhowanipore residence with bouquets, garlands and 'gulal'.

Asked about his health, the minister said: "The doctor has seen me. He has given his advice."

To another query as to when he would resume his ministerial duties, Mitra said, "This is not the time to talk about such issues."

Arrested on December 12 last, Mitra spent most of his time in a posh cabin of the Woodburn ward - reserved for VVIPs - of the hospital after his initial CBI custody.

According to a report by the Alipore Correctional Home, Mitra spent less than 50 days in jail since he was sent to judicial custody on December 19.

The CBI, which opposed Mitra's bail in court, repeatedly pointed out to his continuous stay at the SSKM Hospital to buttress its claim about the minister's influence. The opposition pointed fingers at the hospital authorities for discharging Mitra.

"All these days, the doctors said he was too ill to be kept in jail and Mitra continued to enjoy life in a cosy VVIP ward. It's not even 24 hours since he got bail and the same doctors discharged him. This is nothing but the mockery of law and justice," said Communist Party of India-Marxist leader Sujan Chakrabarty.

"We had said earlier that Mamata Banerjee has surrendered to Narendra Modi to save herself, her family and her party from the law in connection with the chit fund scam. I am not surprised at the casual way in which the CBI handled the bail hearing on Saturday."