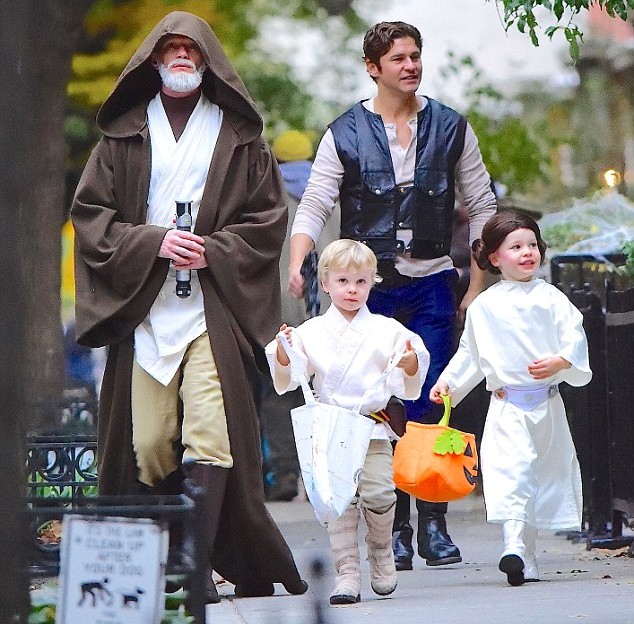 The couple, along with their fraternal twins Harper Grace, and Gideon Scott, took on the role of one of the franchise’s iconic characters.

Sharing an image of the family, Harris took to photo-sharing website Instagram and captioned it: “A long time ago in a Halloween far, far away….”

Harper was dressed up as Princess Leia, complete with the character’s famous double hair buns, while Gideon carried a light saber as young Luke Skywalker. Burtka was dressed as Han Solo with a gun ready while Harris himself wore the gear of Obi-Wan Kenobi, while a Yoda doll was strewn off in the background of the image.

Last year, the family had dressed up as Batman, Robin and DC Comics villains, Joker and the Riddler.