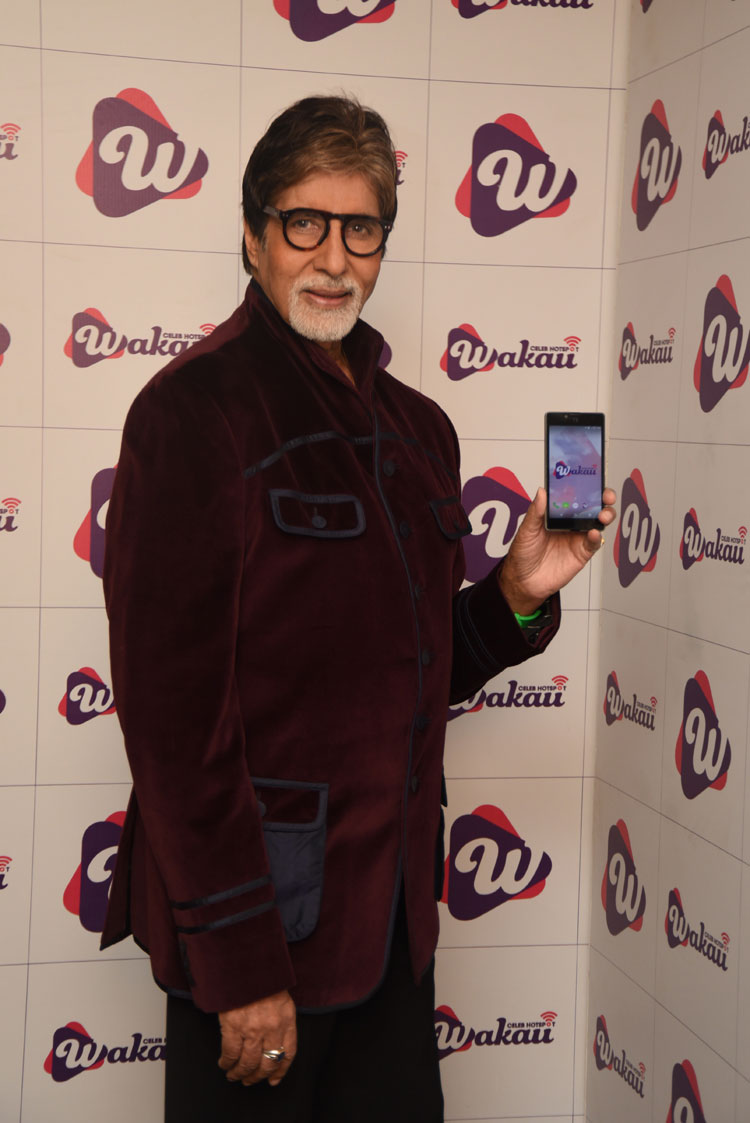 New Delhi, Oct 31 (IANS) At a time when writers, filmmakers and historians have revolted against a rising culture of intolerance towards freedom of speech, Indian cinematic icon Amitabh Bachchan, a widely followed celebrity on social media platforms, says he's always cautious about expressing himself to avoid "unwanted controversy".

With over 20 million Facebook fans, a Twitterati of 17.5 million, and a growing "extended family" on his blog, the 73-year-old son of legendary poet Harivanshrai Bachchan was aptly titled the 'Social Media Person of The Year' by an association earlier this year.

He often writes about trivia related to his past, present and future projects; shares his views on life in general and social issues; talks about his weaknesses, his family members, especially his grandchildren; but what Big B mostly avoids is commenting on sensitive issues.

Is he reluctant about sharing his views freely?

"That's a discretion I will exercise because there is a certain vulnerability with celebrities," Big B told IANS in an interview on the phone from Mumbai.

"We (celebrities) are vulnerable to almost everything. There are times when something we may have spoken could have created a controversy...So, there is a certain amount of cautiousness that I exercise," he added.

But there are actors and filmmakers who share their thoughts on socio-political matters without a second thought.

"God bless them," exclaimed the thespian, adding that he finds such people "very brave, honest, frank and strong".

"I exercise a lot of restraint in expressing myself on various issues... I don't want to create unnecessary controversy," said Amitabh, who has learnt the tricks of the trade in his four decade-long journey in filmdom.

He also said that if he is ever forced into commenting on something, "I will perhaps not be able to give an adequate reply, or I will excuse myself from it because either I don't have the right answers or I don't wish to make comments on it."

Big B's latest initiative to connect with his fans and well-wishers across the globe is Wakau, a celebrity video blogging application, which he launched on Thursday. He's looking forward to let his fans into his candid moments and open up his life to them further.

His adeptness with technology has improved over the years and, unlike many his age, he has embraced it beautifully -- even though he admitted that he's not totally comfortable with it.

The "Paa" actor makes no bones about saying that he turns to his children Abhishek and Shweta, as well as to his grandchildren Navya Naveli and Agastya Nanda, when he doesn't understand new features on smartphones, laptops or iPads.

"My kids and grandchildren help me with these modern inventions. Sometimes when I don't know how to work on a mobile or a laptop or an iPad, they are very conversant to that, so I seek their help," Big B said.

He feels the onus to introduce "older generations -- grandparents and at many times parents who are not conversant with technology -" lies on the youngsters.

Recounting one incident when he introduced his celebrated father to a mobile phone, he shared: "I remember the first time when I took a mobile phone to my father, he had actually backed away from it... like there was some kind of danger involved here.

"But gradually once they get used to it, they understand."