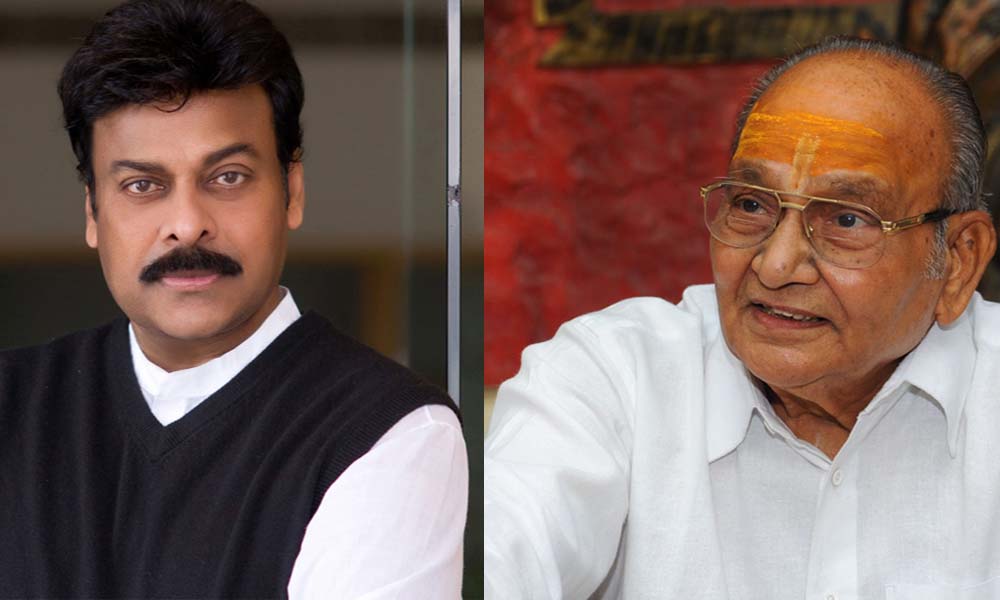 Legendary director K Viswanath, who is highly respected in the industry for making path-breaking films like Sagara Sangamam, Swarna Kamalam etc, is dragged into a controversy by ABN making mega fans irate.

The channel reported that K Viswanath said Chiranjeevi is no longer a Megastar and he has lost his loyal fan base by entering into politics. It also added that Viswanath opined it would be difficult for Chiru to regain his lost fan base by acting in mass films.

This news has come as a shocker for fans as well as industry insiders as the director is largely known for his soft spoken person nature. He shares a great rapport with Chiranjeevi and directed him in classics like Swayamkrushi and Subhalekha, which brought Chiranjeevi the prestigious Nandi award.

This is what K Viswanath opined,  Chiranjeevi is not only a Megastar anymore as but also people person since he is into politics. He said he would love to see Chiranjeevi in a message oriented film rather than a mere commercial entertainer. The director further added  that the number of films that showcases Chiranjeevi as an actor  is very less and he felt that the actor in him still has to be brought out.

Knowing the real statements of K Viswanath, some of the mega fans too agreed with the director while some overlooked it, as it is just his personal opinion.

New Delhi :Pedestrians use an umbrella to protect themself from rain. #Gallery