Home » Politics » Telangana » India No Longer the Back Office of the World : KTR 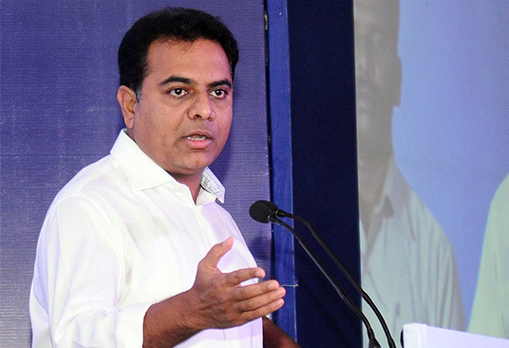 Bengaluru, Oct 30 (IANS) Young India is no longer content with being called the back office of the world, said Telangana IT Minister K. Taraka Rama Rao on Thursday.

Calling his new state the "startup state", he said: "We take a lot of pride in calling ourselves the startup state. We are the youngest state in India. We operate with the mindset of a startup."

To make Hyderabad as the startup capital of India, he said the Telangana government launched two ambitious programmes - the THUB and Telangana Academy of Skill and Knowledge (TASK).

"THUB is essentially a collaboration of academic institutions and various business enterprises within Hyderabad to set up the largest incubator in the entire country for startups in India," he said.

"We setup TASK, a collaborative effort of industry and academia to ensure that the market requirements are in alignment with what is being taught in the academia," said Rao, adding industry frequently complains of graduates not being industry ready.

Another major Telangana infrastructure project highlighted by Rao is the ambitious 1.5 lakh kilometer water pipeline all over the state, and this has the piggybacking of a broadband fibreoptic across its length to connect 8.5 million households with internet connectivity.

"Telangana will emerge as the most connect state in India after the completion of this project," added Rao.