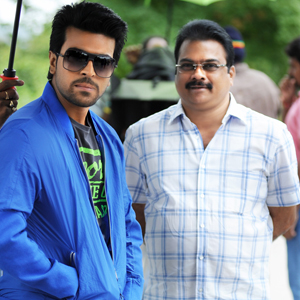 Ram Charan was supposed to do the Telugu remake of Tamil blockbuster Thani Oruvan under the direction of Surender Reddy. In earlier interviews also, Ram Charan confirmed that Thani Oruvan would go to the floors once he finalized the project of Megastar’s 150th film.

He confirmed Thani Oruvan would be started in January. DVV Dhanayya under DVV Entertainments, was supposed to produce this film. But, all of sudden there was a buzz stating that Dhannaya has walked out of the Telugu remake of Thani Oruvan.

Regarding this, there was no official confirmation. If so, it will be produced by either Geetha Arts or Ram Charan’s own production or a Mega Producer.