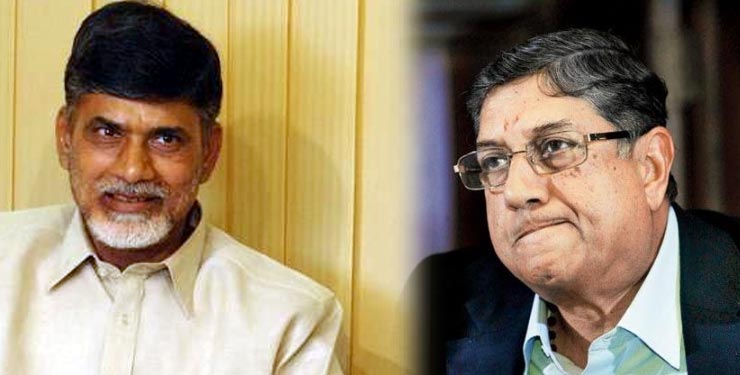 Speaking to the media after meeting the AP CM, Srinivasan said that it was a courtesy call and he came to meet on invitation from Chandrababu.

The former BCCI President also said that Chandrababu Naidu asked him to work for the development of cricket in Andhra Pradesh.
Facebook Comments