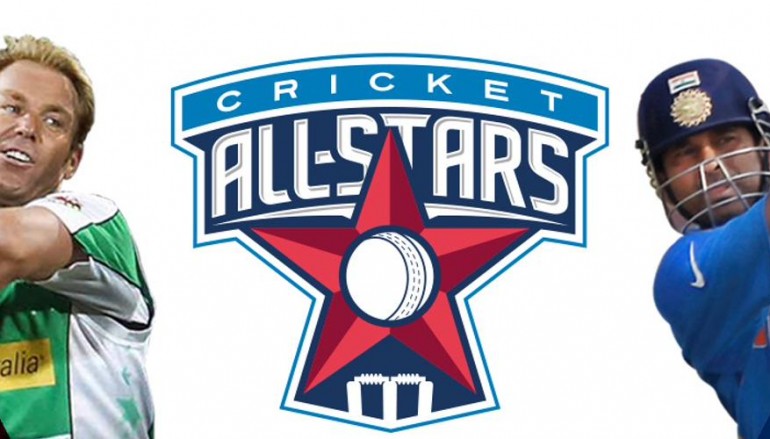 The All-Stars matches will be played in several cities across the US next month with the first game scheduled for November 7 in New York. The event will then move to Houston on November 11 in and Los Angeles on November 14.

The 37-year-old Sehwag announced his retirement from international cricket last week and joins a host of former India internationals who will play in the US including V.V.S Laxman, Sourav Ganguly and Ajit Agarkar.

"Warm welcome to my friend (Sehwag) and a batsman with his distinct style! Sehwag joins us at T20AllStars, 10DaystoGo," Tendulkar tweeted on Tuesday.

However, Sehwag is the only player still playing domestic cricket. He has also signed up for the Masters Champions League, another tournament featuring retired players, expected to be held in January 2016 in the United Arab Emirates.

"Sehwag , Welcome to the cricketallstars buddy !!!! See you in NY (New York) and congrats on a wonderful career champion," Warne tweeted on Tuesday.

However, his decision means Sehwag will miss part of Haryana's Ranji Trophy campaign. Sehwag scored a century in his most recent match for them, against Karnataka in Mysore.

While the former Delhi Ranji batsman will surely miss Haryana's next match against Assam, starting November 7, it also appears unlikely that he will be back in India in time for the one after that, against Odisha on November 15.

Anirudh Chaudhary, secretary of the Haryana Cricket Association, said the batsman had said he would miss one game, which they were "absolutely okay" with.

"Every match he is part of this team is huge for this team. Every interaction with him benefits the players. We are looking at him mentoring the players and our objective is achieved by his presence around the squad," Chaudhary was quoted as saying by ESPNcricinfo on Tuesday.

"Once a player has announced his international retirement, anything he contributes at Ranji level we should gleefully accept," he said.

In a career spanning over 15 years in international cricket, Sehwag featured in 104 Tests and scored 8,586 runs at a staggering average of 49.34.