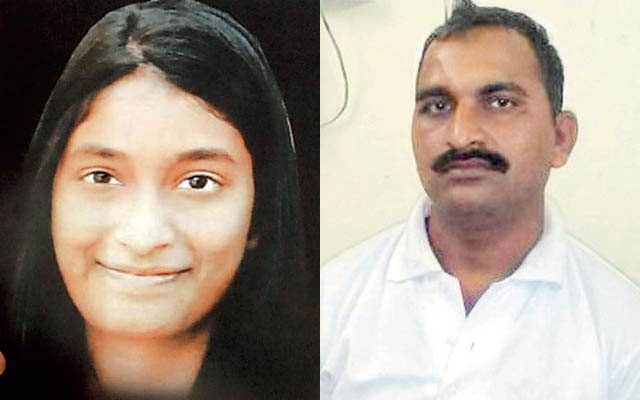 Mumbai Police spokesperson Dhananjay Kulkarni said that the prosecution successfully secured the conviction under all sections of the law under which Sanap was tried.

The victim was Esther Anuhya, 23 who had arrived from Vijayawada to Lokmanya Tilak Terminus after a Christmas break to rejoin work at the Tata Consultancy Service, Goregaon.

As the train arrived early around 5 a.m., Sanap, posing as a cabbie, offered to drop her to her hostel in south Mumbai. They negotiated an amount of Rs.300 for the commute.

However, when Anuhya walked out of the terminus with her luggage, she found Sanap had neither a taxi nor an autorickshaw but a motorcycle.

When she refused to go, he asked her to inform her family about his details and the vehicle registration number.

As there was no other transport available at that hour and though Anuhya did not have any balance in her mobile, she pretended to make a call to her family before accepting the motorbike ride.

En route, Sanap stopped the bike on the service road on the Eastern Express Highway near Kanjurmarg suburb, on the excuse that petrol was exhausted, and in the foggy wintry morning on the deserted highway, dragged Esther into the bushes and attempted to rape her, but she strongly resisted.

Enraged, Sanap banged her head repeatedly with a stone and even strangled her with her dupatta. He then took some petrol from his motorbike and attempted to burn the body in the thick bushes beside the highway.

He fled the scene after grabbing her bag and a trolley which contained her laptop and other belongings.

Meanwhile, unable to communicate with Anuhya, her anxious father Jonathan Prasad lodged a missing person with Vijayawada railway police before coming to Mumbai and lodging another complaint with Kurla railway police.

After painstaking investigations, examining CCTV records at the Lokmanya Tilak Terminus and the mobile phone record which showed the last signal at Bhandup, the Mumbai police finally recovered a charred and decomposed body in Kanjurmarg on January 16.

Anuhya's identity was established on the basis of a ring she was wearing.

Sanap was arrested from Nashik on March 3 and charged with the crime.

Special Public Prosecutor Raja Thakare examined 39 witnesses including four eyewitnesses, among them two who said they had seen the accused and the victim together, which clinched the case in the prosecution's favour.

Siliguri:BJP supporters celebrate in anticipation of the results of Presidential Elections. #Gallery

Patna:NDA’s supporters celebrates in anticipation of the results of Presidential Elections. #Gallery

Patna:Tribal artists perform in anticipation of the results of Presidential Elections 2022. #Gallery