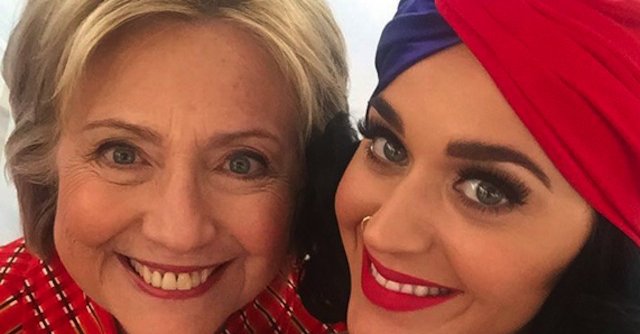 The singer wore a white strapless dress complete with a Star-Spangled Banner cape and was presented by former US pressident Bill Clinton, reports aceshowbiz.com.

She also took over Hillary Clinton's Instagram and shared a selfie with the politician, showcasing her Hillary-inspired nails and a POTUS necklace she purchased as a birthday gift for her.