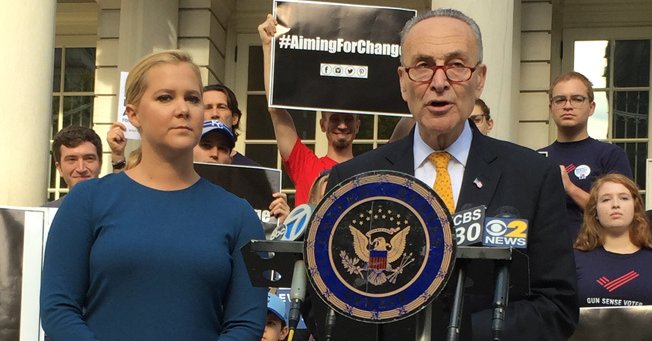 New York, Oct 26 (IANS) Actress Amy Schumer and her cousin Chuck Schumer once again teamed up to call for the Congress to pass the gun control legislation.

Gun control refers to laws or policies that regulate the manufacture, sale, transfer, possession, modification, or use of firearms.

The duo appeared on the steps of New York City Hall on Sunday to call for legislation that would expand background checks, including ending a loophole in which firearms can be purchased at gun shows and online without such initial checks, reports variety.com.

Amy joined the Chuck, a senator, in summer 2014 to call for new legislative measures.

That appearance followed the shootings that took place at a theatre in Lafayette, Louisiana, where the actress's movie "Trainwreck" was being screened.