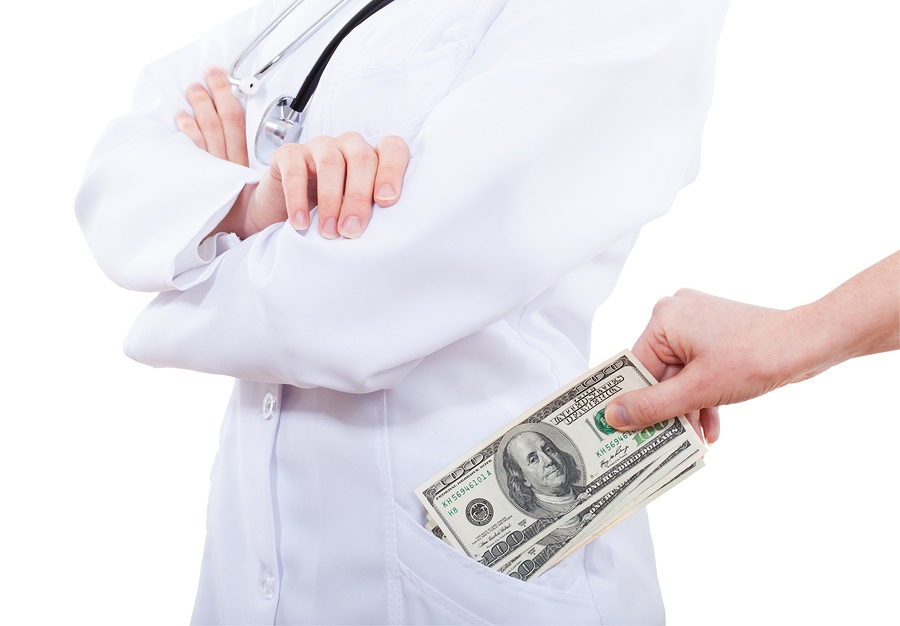 New York, Oct 24 (IANS) An Indian-origin gynaecologist has been arrested in the US for allegedly accepting favours from a pharmaceutical company in return for prescribing its osteoporosis drugs, a media report said.

She is also charged with allowing the company's sales representatives to access patient records and lying to federal investigators.

Osteoporosis drugs are used to cure a medical condition in which the bones become brittle and fragile from loss of tissue.

According to court documents, Luthra, based in Longmeadow town in Massachusetts, was indicted for violating the Anti-Kickback Statute, wrongful disclosure of individually identifiable health information and obstructing a criminal health care investigation by lying to federal agents and directing an employee to do the same.

The Anti-Kickback Statute is a criminal statute that prohibits the exchange (or offer to exchange), of anything of value, in an effort to induce (or reward) the referral of federal health care programme business.

The court documents said that from October 2010 to November 2011, Warner Chilcott company allegedly paid Luthra $23,500 to prescribe its osteoporosis drugs.

On multiple occasions, the company representative allegedly brought food to Luthra's medical office for her and her staff and paid Luthra $750 to talk with her for 25-30 minutes while she ate.

It was noted that the company's sale of osteoporosis drugs increased as it paid Luthra for prescribing the drugs. The sales took a nosedive when the company stopped paying Luthra.

She was also alleged to give access to the pharmaceutical company's sales representative to protected health information in her patients' medical files.

She was accused of providing false information to federal agents when interviewed about her relationship with the pharmaceutical company and directed one of her employees to also lie.