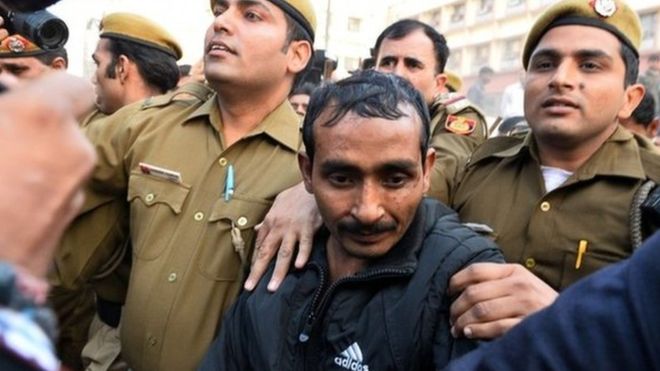 New Delhi, Oct 20 (IANS) Uber cab driver Shiv Kumar Yadav was convicted by a court here on Tuesday for raping a woman executive on the night of December 5, 2014, in his taxi she hired to head back home. The sentencing will take place on October 23.

Police said Yadav drove the woman, who lived in Inderlok area of central Delhi, to an isolated place and raped her.

Yadav who was present in the court room and formally dressed was stunned after hearing the verdict. His family members, including wife and parents, were also present.

However, as on March 10, the Supreme Court stayed Delhi High Court March 4 order permitting Yadav to recall some witnesses, the proceedings were stopped more than six months.

On September 10, the Supreme Court set aside the high court order, and final arguments in the case resumed on September 21.

On October 7, the session court concluded the final arguments and reserved its verdict in the case.

The incident had sparked protests all over the country leading to the  ban on plying of app-based cab service, Uber off the road in December last year. Later, the app-based service resumed operations in Delhi.

"Sexual assault is a terrible crime and we're pleased he has now been brought to justice," he said.

"Safety is a priority for Uber and we've made many improvements -- in terms of new technology, enhanced background checks and better 24/7 customer support -- as a result of the lessons we learned from this awful case."

"That said Uber can always do better, which is why are continually looking for ways to improve safety before, during and after the ride," he added.

According to sources, the court has relied upon the statement of the victim, which supported the prosecution case, which cited medical and forensic evidence to prove sexual assault.

The prosecution, which had in its charge sheet cited 44 witnesses, examined 28 of them, including the victim who identified Yadav as the rapist.

The court had on January 13 framed charges against Yadav, who was arrested by Delhi Police from Mathura in Uttar Pradesh on December 7, 2014.