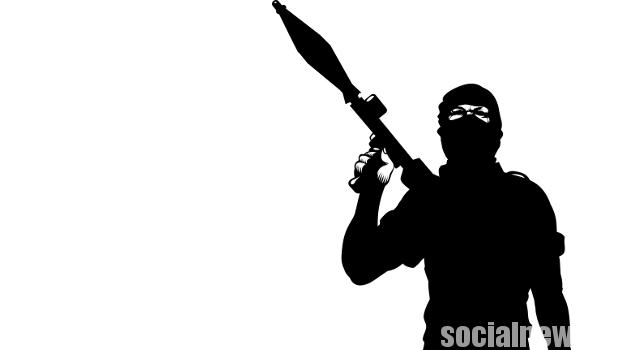 Hyderabad, Oct 16 (IANS) A man from West Bengal who was allegedly planning to start a madarsa for 'Jihadi training' has been arrested, police said on Friday.

According to police, Mandal, 29, is a labourer from Baltha village in Bengal's South Dinajpur district.

Nasir and Mandal worked together in a blanket factory in Haryana's Panipat and they along with others decided to start a madrasa to impart Jihadi training.

Nasir had told police during interrogation that he, Mandal and another person conspired to set up the madrasa.

Mandal therefore came to Hyderabad to meet Nasir for charting out further plans for their unlawful activities, said a police statement, adding a close vigil was kept on those coming to meet Nasir and other illegal immigrants from Bangladesh and Myanmar lodged in the jail.

Nasir and three other illegal immigrants and two local brokers had been arrested on August 14. Two more accused were arrested subsequently.

ong Kong:People use parasols to shelter from the sun as they walk on a street on a hot summer day in south China #Gallery

ong Kong:People walk past a fountain on a hot summer day #Gallery

ong Kong:A resident rides past a fountain on a hot summer day #Gallery

hilippines:Members of the Philippine National Police inspect the site of a shooting incident at Ateneo de Manila University in Quezon City #Gallery