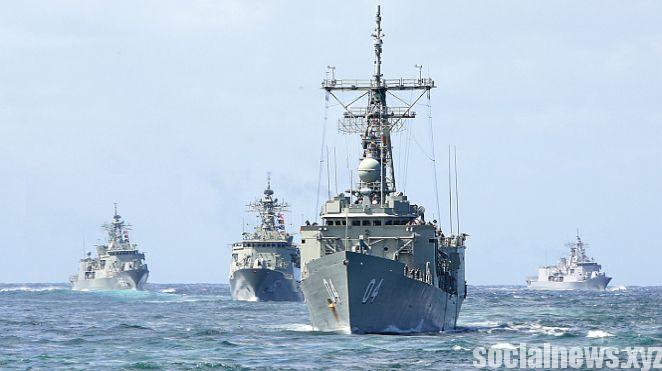 Chennai, Oct 15 (IANS) The US navy will send its ships to participate in the International Fleet Review (IFR) to be held in Visakhapatnam between February 4-8, 2016, said a senior official of the US navy.

He was here to address the media in connection with the India-Japan-US joint naval exercise Malabar 15.

Queried about participation by Japan Maritime Self Defence Force (JMSDF), its vice chief, Vice Admiral, Y.Murakawa, told IANS: "The naval headquarters will take a decision on the matter."

Over 50 navies from across the globe are expected to be represented at this event which would be reviewed by Indian President Pranab Mukherjee on February 6, 2016.

According to Indian defence ministry, one of the important ways used by the navies to enhance cooperation and promote friendship is through the Fleet Review, which offers leading nations a chance to enhance mutual trust and confidence with maritime neighbours by inviting their ships to participate in the event.

A defence ministry official said the event is held once in five years during the tenure of the president.

He said 46 nations have confirmed participation and more than 90 ships are expected at the event.