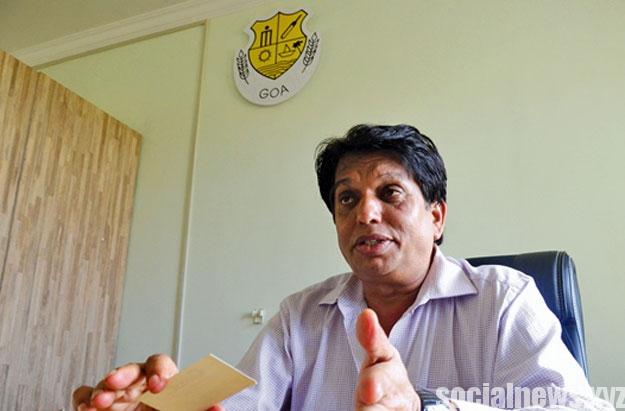 Indore, Oct 15 (IANS) India team manager  was fined 40 percent of his match fee on Thursday after he was found guilty of making inappropriate comments about umpire Vineet Kulkarni ahead of the second One-Day International (ODI) against South Africa.

Phadke expressed his displeasure at the standard of umpiring by Vineet Kulkarni in the T20 and One-Day International (ODI) matches against South Africa and they will file a complaint at the end of the series.

Indian captain Mahendra Singh Dhoni had also criticised the umpiring saying some very important decisions did not go in their favour.

Umpire Kulkarni has been nominated by the Board Of Control For Cricket In India (BCCI) as the home umpire. Pakistan's Aleem Dar is the neutral umpire for the series.

"Mr. Phadke pleaded not guilty to the charge and, as such, Mr Chris Broad of the Elite Panel of ICC Match Referees conducted a formal hearing after the match."

The charge, laid by the Playing Control Team, related to comments made by Mr Phadke in a website interview about Vineet Kulkarni, a member of the International Panel of ICC Umpires.

The range of permissible sanctions for all first Level 1 offences is a warning or reprimand and/or the imposition of a fine of up to 50 per cent of the applicable match fee.