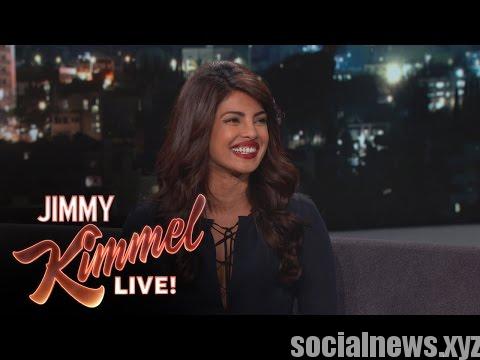 Los Angeles, Oct 14 (IANS) Bollywood actress Priyanka Chopra, who made her international TV debut with "Quantico", has earned a nomination for People's Choice Awards' Favourite Actress In A New TV Series for the American thriller series.

Excited by the news, the actress, who plays the role of Alex Parrish, a rookie FBI recruit with a mysterious past, said that she feels honoured for bagging a nomination in the first year itself.

“Wow this is such an honour! First year and a nomination! Thank you @peopleschoice what's say people? #quantico,” Priyanka tweeted.

The show also features actors Jake McLaughlin, Tate Ellington and Graham Rogers, who all play FBI recruits. It will narrate their adventures and experiences as they train at Quantico base in Virginia, and secrets of their past start to emerge.

People's Choice Awards is the only major awards show voted on entirely by the public for fan favourites in films, music and television.

The People’s Choice official website houses the voting platform where fans determine the categories, nominees and winners for the annual awards show.

Voting will commence from November 3 this year.

: Jaipur: Dark clouds hover in the sky over the area during monsoon season #Gallery