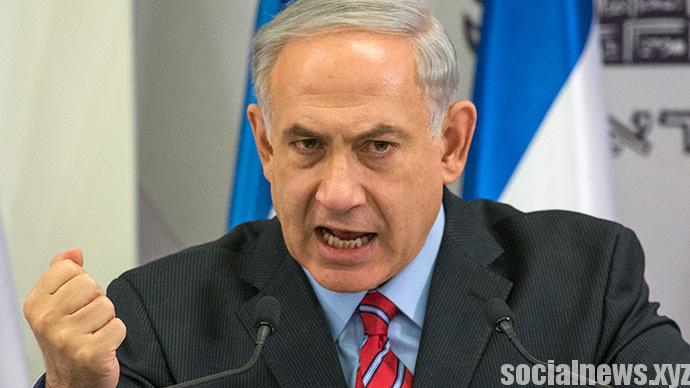 Jerusalem, Oct 14 (IANS) Israeli Prime Minister Benjamin Netanyahu on Wednesday sought to convey how close he was to India and its leadership, calling Prime Minister Narendra Modi a "friend", whom he was in regular touch with.

"I talk to my friend Modi often. When we met the last time, he told me 'I see a paragon of paternity between our two nations'," Netanyahu said while addressing the Knesset, the Israeli parliament, soon after President Pranab Mukherjee finished his 15-minute address.

"India needs Israel," Netanyahu said, referring to what Modi had told him as India was seeking revolutions in areas such as dairy, agriculture, renewable energy and water. These four colours, he added, represented the four colours of the Indian flag, respectively -- white, green, saffron and blue.

The Indian president is here on the last leg of his six-day, three-nation, visit that took him to Jordan and Palestine earlier. He leaves for New Delhi on Thursday.

As regards Prime Minister Modi, he had met with Netanyahu during his visit to Israel in 2006. Again in September this year, the two leaders met on the margins of the United Nations General Assembly, in what was the first engagement between Indian and Israeli premiers in over a decade.

On President Mukherjee's visit, the Israeli premier said: "This is historic -- the first by an Indian head of state. We welcome you to the only democracy in the Middle East. Our two countries have stayed as examples for democracies for seven decades."

Netanyahu also said he was truly amazed by the changes in India, which were removing millions of its people out of poverty and said the sky was the limit for cooperation between the two countries.

"On our part, we would be delighted to provide our technologies to India."