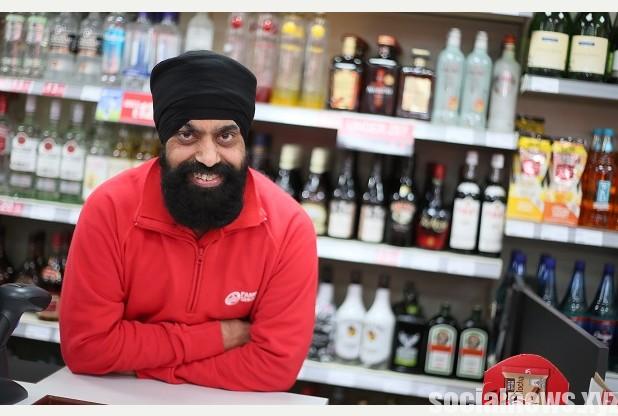 London, Oct 11 (IANS) A British man was awarded 16-week jail term for hitting a bottle of whiskey on a Sikh shopkeeper's head who survived the attack with minor injuries due to the turban.

On June 9, 42-year-old Gurpal Singh was sprayed with the alcohol when a shoplifter, Ronald Richardson, clubbed a 19-pound ($29) bottle of Jameson Irish whiskey on Singh's head after he asked Richardson to pay for the chocolates he lifted from the shop, The Mirror reported on Saturday.

Other customers grappled the shoplifter and he was later handed over to police.

The attack left Singh with hearing problems and a bump on the side of the head.

"It was fortunate I had my black turban on as always. It saved me from more damage as the bottle broke. I could have been badly cut without it," Singh was quoted as saying.

"It was very odd -- he had paid for the whiskey but tried to take a few bars of Dairy Milk worth 7 pounds ($10)," added Singh, who runs the Family Shopper store in The Meadows, Nottingham.

Richardson, 49, appeared in court on Friday and was ordered to pay 200 pounds ($306) as compensation to Singh.

Richardson got a 16-week suspended jail term and was ordered to obey a curfew for 12 weeks.

Richardson suffered from post-traumatic stress disorder because of family problems and was alcoholic, the report said.