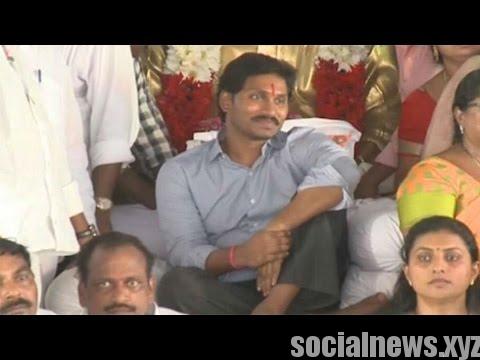 A team of doctors examined the leader at the hunger strike camp at Guntur near here. They were monitoring his blood pressure and sugar level.

Leaders of various organisations called on Jagan, as the leader is popularly known, to express their solidarity. Several leaders and activists of the YSR Congress are also on the indefinite fast along with their party chief.

The party has called upon its leaders in the districts to launch the hunger strike in their respective towns.

Jagan has vowed to continue the protest till the central government comes forward and makes an announcement on the issue.

He blamed both the BJP-led central government and the Telugu Desam Party-led state government for the delay in the state getting special status.

Jagan, who is also the leader of opposition alleged that Chief Minister N. Chandrababu Naidu failed to get the special status though his TDP is a partner in the NDA government.

He stressed the special status was a must for the state to make progress.