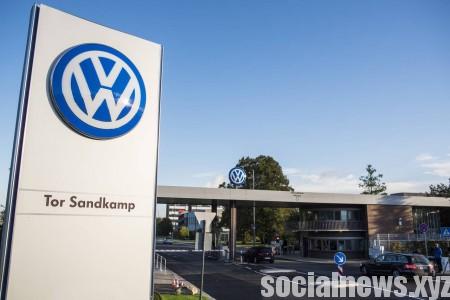 Berlin, Oct 7 (IANS) Volkswagen (VW) would launch a recall for cars affected by its diesel emissions software in January and complete the fix by the end of 2016, the chief executive of the automobile major has said.

"If all goes according to plan, we can start the recall in January. All the cars should be fixed by the end of 2016," Chief Executive Matthias Mueller said on Wednesday.

For the US market, a company spokeswoman said, the remedy will first have to be agreed upon with Environmental Protection Agency (EPA), but she offered no timing for that, China daily reported.

Mueller believed only a few employees were involved in the diesel emissions rigging that has hammered the company's stock and done severe damage to its reputation, refuting the notion that his detail-oriented predecessor Martin Winterkorn must have known about it.

He said VW would have to become smaller and less centralised, adding that every model and brand would be scrutinised for its contribution to the company and singling out Bugatti.

An "evolution" rather than a "revolution" was needed to get VW back on track, predicting that the company could "shine again" in two to three years.

"This crisis gives us an opportunity to overhaul VW's structures," Mueller said. "We want to make the company slimmer, more decentralised and give the brands more responsibility.

"Based on our understanding of the law, we informed in time," he said.

Volkswagen India on Wednesday said it has temporarily stopped the deliveries of a limited number of its hatchback passenger car Polo due to a technical reason.

“Volkswagen India has confirmed a temporary hold on deliveries of its carline Polo due to a technical reason which is currently under evaluation," a company spokesperson was quoted in a statement.

The company did not divulge the nature of technical glitch, that has occurred in its Polo series of hatchback passenger cars.

"This concerns a limited number of cars out of a specific production period," the spokesperson said.

However, the company assured that deliveries of the non-impacted Polo range will continues as per schedule.

The company added that the temporary hold on deliveries of the select number of its Polo hatchback is not related to the ongoing diesel engine investigations being run on it by the Automotive Research Association of India (ARAI).

"Volkswagen would like to clarify that the temporary hold on deliveries is not related to the ongoing EA 189 diesel engine topic,” the spokesperson added.

Last month, the government ordered a probe to find out whether the German car manufacturer had manipulated emission norms in India too, as it has done in the US.

The ARAI was asked to conduct an investigation into the matter after the automobile manufacturer was caught fudging emission data of its diesel-powered cars to bypass strict emission norms in the US.

The fudging scandal began unfolding in September when the European car giant admitted that it had used a software in the US to provide false emission test results.

The company said its vehicles with 1.6- and 2.0-litre diesel engines are "affected by the manipulations that are being talked about".