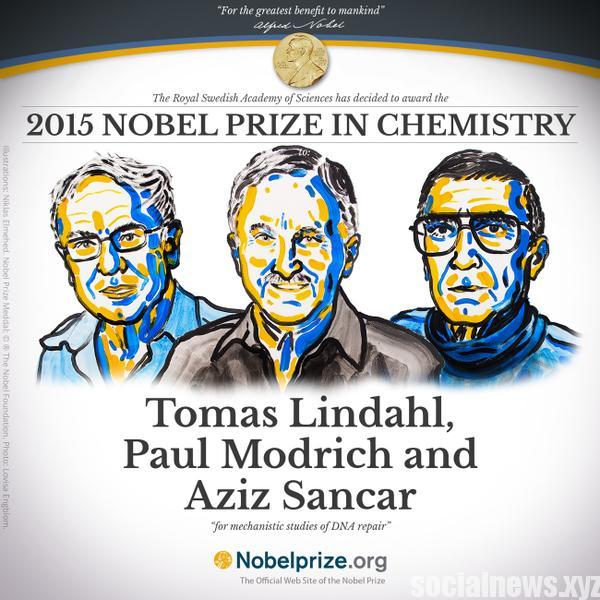 The prize was awarded jointly to Tomas Lindahl, Paul Modrich and Aziz Sancar "for mechanistic studies of DNA repair".

From one cell to another, from one generation to the next. The genetic information governs how human beings are shaped, the Swedish Academy said.

Tomas Lindahl, Paul Modrich and Aziz Sancar have been awarded the Nobel Prize in Chemistry 2015 for having mapped and explained how the cell repairs its DNA and safeguards the genetic information.

The committee says the three scientists' work "has provided fundamental knowledge of how a living cell functions and how it is used for the development of new cancer treatments".

They mapped how several of these repair systems function at a detailed molecular level.

Tomas Lindahl demonstrated DNA decays and this insight led him to discover a molecular machinery, base excision repair, which constantly counteracts the collapse of our DNA.

Aziz Sancar has mapped nucleotide excision repair, the mechanism that cells use to repair UV damage to DNA.

Paul Modrich has demonstrated how the cell corrects errors that occur when DNA is replicated during cell division.