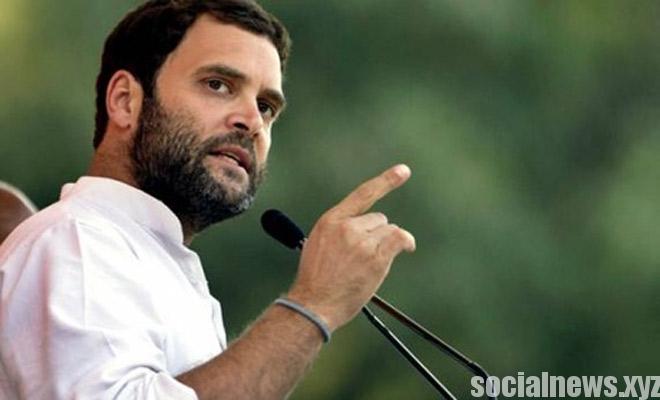 Patna, Oct 7 (IANS) Congress vice president Rahul Gandhi said on Wednesday Prime Minister Narendra Modi's government had failed to fulfil any of its promises till date and he had no time for the poor, workers and farmers but plenty of time to travel abroad.

Addressing his first election rally in Bihar in Bachwada assembly constituency in Begusarai district since dates of the assembly polls were announced last month, Gandhi said: "Modi-led government has failed to fulfil any of its promises in last one-and-a-half years but even today wherever goes he makes promises."

Cautioning the general public about Modi's promises, Gandhi said: "People should keep in mind what happened to the promises made by Modi since he became the prime minister. Has anyone got Rs.15 lakh in their accounts or people got rid of inflation?"

Addressing another rally in Barbigha assembly constituency in Shekhpura district, Gandhi said Modi loves photos only with industrialists, businessmen and rich people, including NRIs, "but not with poor, farmers and labourers".

Gandhi also targeted Modi for his penchant for expensive clothes including a suit.